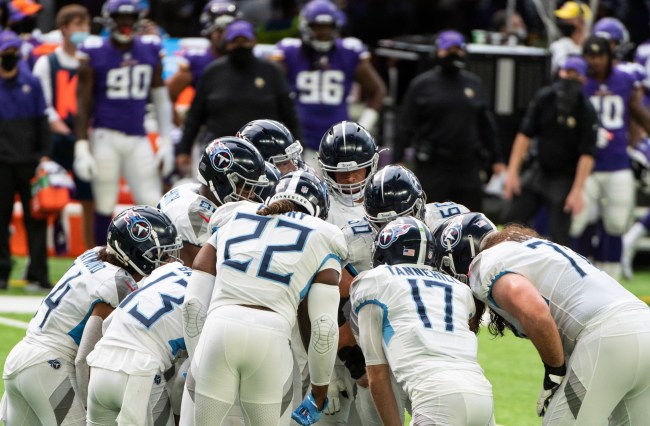 The Titans have become the first NFL team to suffer a coronavirus outbreak after receiving a number of positive tests following their Week 3 win against the Vikings. The initial new positives, which included three player positives and five personnel positives, were announced on Sept. 29 and both the Vikings and Titans suspended all in-person club activities effective immediately. According to a new report, however, a group of Titans’ players held a group workout on Sept. 30.

According to Paul Kuharsky, a long-time Titans reporter and Nashville resident, some Titans worked out at Montgomery Bell Academy, a local private high school, on Sept. 30 despite an NFL directive not to hold such get-togethers while team headquarters were closed. One of Kuharsky’s sources suggested that quarterback Ryan Tannehill was a part of the alleged workout.

A league source said that once the Titans building was closed down on Sept. 29, the franchise was told there were to be “no in-person meetings, workout or activities at the facility or elsewhere.”

Students at the private school saw a large group of adult football players they identified as Titans working out on the school’s field during classes. Another source said he saw Ryan Tannehill there.

You can see photos of unknown players here. It’s impossible to make out any of the players in the photos, but those are grown men on that field, certainly not high school football players.

The Titans were on the receiving end of some positive news to start the week as Monday and Tuesday they reported no new positive tests, but the hits came back on Wednesday with this new report and the reports that two other player positive tests were received on Wednesday as well.

The Titans currently have 10 players and nine staff members sidelined by COVID-19.

Tennessee had its game against the Steelers this past Sunday postponed to Week 7. The Titans are scheduled to host the Bills this Sunday at 1:00 PM EST.