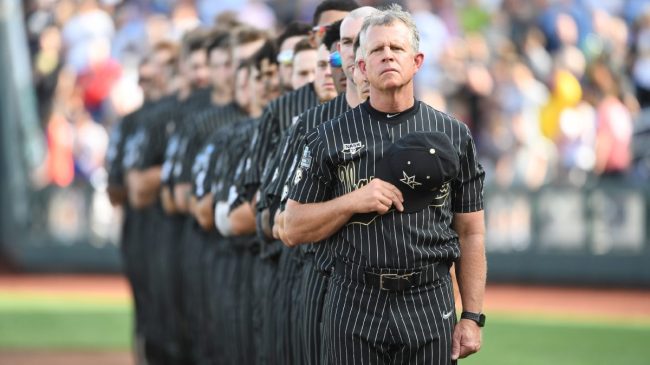 This weekend brings one of the best SEC matchups of the year.

Top ranked Tennessee travels to Nashville to take on rival Vanderbilt in a meeting of college baseball powers. The Volunteers landed their No. 1 overall ranking after sweeping then-No. 1 Ole Miss last weekend.

Vanderbilt comes in at No. 9 after dropping a series to South Carolina, but they’ll be looking to land a huge series win at home.

It should make for A+ entertainment.

With the top team in baseball making the short trip across the state to face a conference rival, ticket prices are beginning to skyrocket. That’s typically the case when highly ranked foes come to town, particularly with state bragging rights on the line. It’s not often you see regular season college baseball tickets going for $200-$300 a pop, though.

But that’s the case this weekend. This ticket is a hot commodity in the state of Tennessee, and rightfully so.

Unfortunately, one Vanderbilt attendee will make this trip a living nightmare for Volunteer fans over the course of the three-game series.

One of the reasons to go to a baseball game is to enjoy the atmosphere. It’s typically more laid back than football or basketball, which allows fans to take in the scenery and really appreciate the intricacies of the game.

When you travel to Charles Hawkins Field though, that’s not the case.

Opposing fans must listen to the famous “Vandy Whistler” over the course of nine innings, which makes this trip far below the price of admission at $200 a ticket.

For just a small fee of $200 this weekend you can go deaf from the Vandy whistler pic.twitter.com/rZilK0PIQc

You may be asking, “How bad can it be?” After all, it’s just a few whistles.

Take a listen for yourself.

How bad can the Vandy whistler be? pic.twitter.com/EopaJDLPSG

Maybe it’s not such a nice night for baseball. #vandywhistler pic.twitter.com/3nF4nm9nEm

It’s actually pretty awful, especially for those who come to enjoy the game only to be seated next to the high-pitched whistler.

During mid-week game vs Michigan, announcers on the tv broadcast mentioned it was an enjoyable game because the Vandy Whistler was watching the NIT game.

Then in the seventh inning… he returned and I turned my volume to zero.

At CWS last year, we sat near him…it was brutal

I’ve only heard him whistling on TV and found it highly annoying then. Can’t imagine being at a game and listening to him https://t.co/ixfWJn6QEj

It should be a great series to watch. Most viewers, though, will be hoping for a few Tennessee wins so that they can hear as little of the whistler as possible.