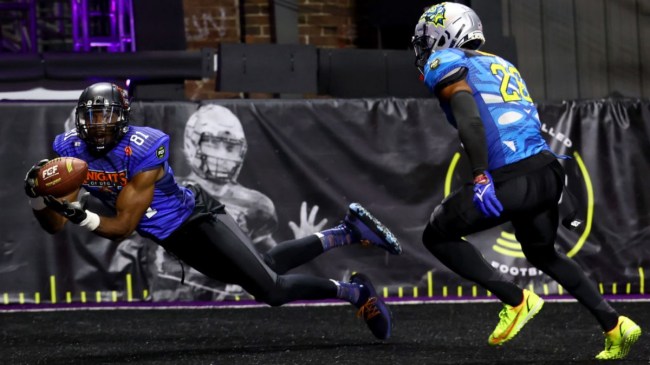 Terrell Owens has been trying for some time to make his return to the NFL.

There have been rumors for years and he even offered to join the Tampa Bay Buccaneers at playoff time last season as they dealt with injuries and Antonio Brown’s departure.

While it’s something we’ve heard about plenty without him ever actually making a comeback, the idea may be more realistic right now than it has been in a long time.

It might not have been the NFL, but Owens did return to football this year. The Hall of Famer joined the Fan Controlled Football League back in March and impressed during his time in the new league.

Over the summer, Owens continued to impress by running a 40-yard dash in 4.38 seconds at the age of 48. Now 49, it seems he’s serious about a return to the NFL.

Just a couple of weeks ago, Owens revealed that he had reached out to the San Francisco 49ers about an NFL return.

Today, his agent revealed that Owens has also been in contact with the Dallas Cowboys about returning to the league.

Possible Reunion: 49-year old free agent WR Terrell Owens has been in contact with the #Cowboys about rejoining the team and NFL

"We've been in constant communication with Jerry Jones' office over the last few days about the possibility of him returning"https://t.co/QeAbuB4DL2 pic.twitter.com/1PjHnKYdco

Now the Dallas Cowboys are preparing for another postseason run and it looks like Owens wants to take one more crack at winning a playoff game with them.