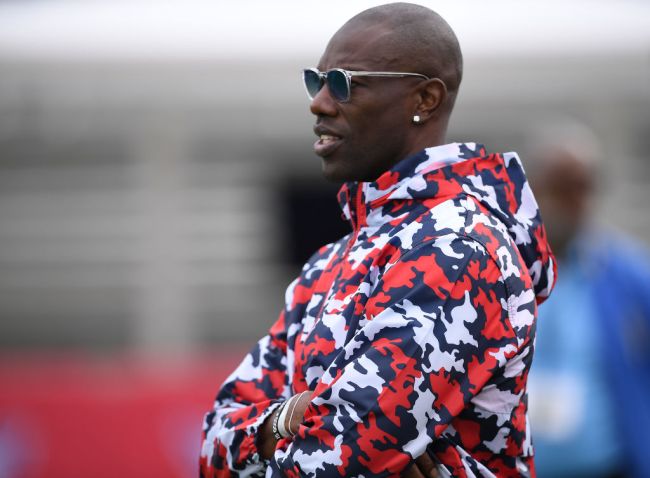 Terrell Owens might be 47, but he looks like he could still suit up and go toe-to-toe with the best cornerbacks in the NFL. Anyone who lined up against T.O. in the league or even watched him play will tell you that he was one of the most, if not the most unguardable receivers in history.

His career came with a lot of baggage, and he spent the last few years in the NFL with teams like Buffalo (before the Bills were good) and Cincinnati. That may have tarnished how people think of him to some extent, but it doesn’t change the fact that he’s in the Hall of Fame and deserves to be there.

Owens reminded everyone just how dominant his combination of speed and power can be over the weekend.

Recruits on the barbie.

Jackson State head football coach and fellow Hall of Famer Deion Sanders called up his friend and had him stop by the Tigers’ recruiting camp for some 1-on-1s. Sanders using his contacts as a recruiting strategy is brilliant.

Lining T.O. up against high school recruits is always going to be a mismatch. There is no denying that. However, at 47 years of age, he straight barbecued the prospects, who are competing close to or at a D-I level.

Owens starts it off by running a nasty curl to the sidelines and puts the corner on skates.

Then he straight bodies some tight coverage on a similar route.

The third 1-on-1 is my favorite. The corner is so locked in on covering one of the best wide receivers ever that he starts backpedaling before Owens even flinches. He gets burnt on a go route.

To close things out, the first challenger gets a rematch. Owens snaps his ankles with a twitchy first step off of the line.