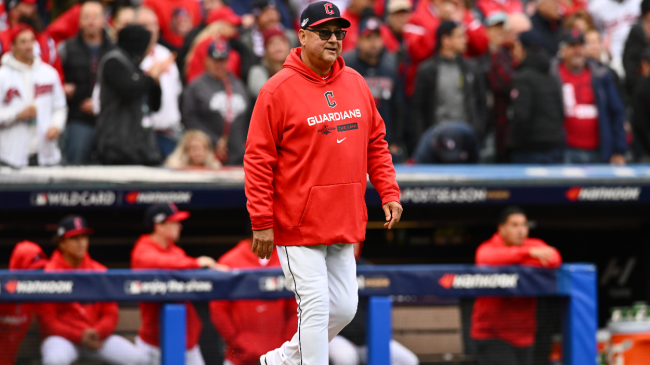 Terry Francona found himself in quite the predicament this week after his scooter was stolen from outside his apartment. After a few days of searching, the vehicle has been found.

That news is reason to rejoice in Cleveland, and many around the Guardians’ organization are posting their reactions online.

The theft was reported over the weekend, just as the manager was making his way to a winter fan festival at Progressive Field. Francona is often seen riding the scooter to the ballpark, and Saturday was no different. In fact, the Guardians even made a bobblehead of the coach on his hilarious mode of transportation a few years back.

So, when he noticed the two-wheeled ride was missing, he immediately contacted authorities. Word got out of the stolen vehicle, causing many on social media to react.

When I find out who stole Terry Francona’s scooter pic.twitter.com/cioun7Z39m

Don’t fret. The ride has been found.

A team spokesman said police located the scooter and arrangements were being made for Francona to pick it up Wednesday. The scooter was being stored with the Cleveland Police traffic unit motorcycles.

News of the discovery caused Cleveland fans to celebrate. Check out the immediate reaction online.

Some are happy about the scooter being found, with one person writing, “So glad he got it back.”

I want the individual who stole Terry Francona’s scooter put behind bars for the next ten lifetimes. Unforgivable. https://t.co/iYEMYljejC

Francona is one of the most storied managers in MLB history. He’s the reigning AL Manager of the Year after leading the Guardians to the postseason with the youngest roster in baseball. He’s also won a pair of World Series championships and another AL pennant.

Hopefully Terry Francona is able to store the scooter for safekeeping until Opening Day.