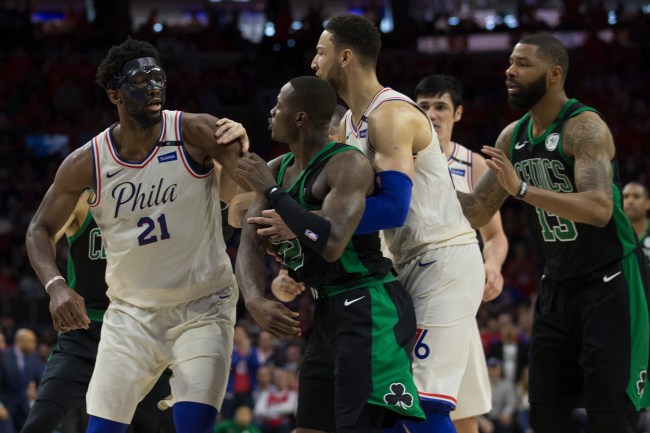 Despite all the frustrations and bed shitting the Celtics have demonstrated this season, they can almost guarantee victory against one of the East’s best teams. Boston has beaten Philadelphia in four straight playoff series, most recently a dominating 4-1 rout without Kyrie and Hayward in last year’s playoffs. Since the 2014 NBA season, the Celtics have gone a bewildering 17-2 against the 76ers in the regular season.

Before the Celtics loss to the Nuggets on Monday night, the 25-year-old C’s guard tweeted out the following:

Rozier is referencing a Kodak Black meme, likely indicating that he wants to take on more responsibility for the Celtics.

Philly ain’t beat us since they had AI dummy

Scary Terry punched back with a burn that reminded Sixers fans that they haven’t progressed past the Conference Semis since they had Iverson and Mutumbo in 2000-2001.

Philly ain’t beat us since they had AI dummy