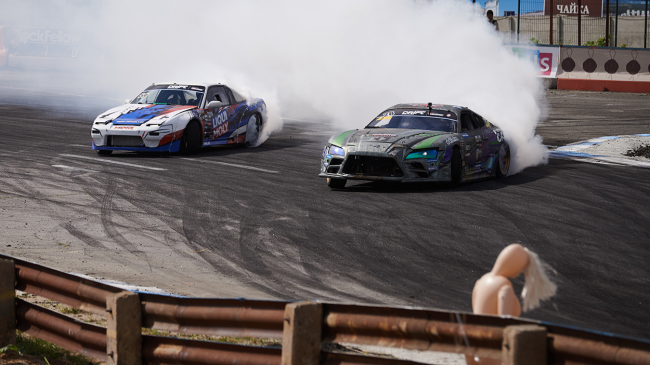 Nestled on the border of Massachusetts and Rhode Island is the town of Seekonk, Massachusetts, home to the Seekonk Speedway. The small race track is one third of a mile and it hosts races throughout the summer.

The most famous comes each year on Independence Day weekend.

This year’s 2022 Independence Day Thrill Show Spectator Drag was held on July 9th after a rainout and it was awesome. The concept is simple— win a one-lap race.

Dans can literally bring their own car off the street and down onto the track to compete. The Spectator Drag event includes elimination rounds and then by the end of the night — there are two drivers left and they battle for two laps around the third-mile to pick a winner on the night.

Of the more than 50 drivers that competed, one race in particular stood out. It has since gone viral on social media and it’s the perfect example of what makes the drag racing so exhilarating.

The race pit a Tesla against a custom Chevrolet Blazer and one would assume that the former would beat the latter. But that was not the case.

The Tesla, on the inside lane, got out to an early lead and stayed consistent with its line. Meanwhile, the Blazer was gunning it on the Tesla’s tail, taking a more aggressive, squirrely approach.

And then it got crazy.

After going wide down the back half of the final straightaway, the Blazer came inside on the Tesla, held on to his turn and finished across the line for the win.

Take a look at the exhilarating finish:

One-lap races are insane. Tough look for the Tesla!