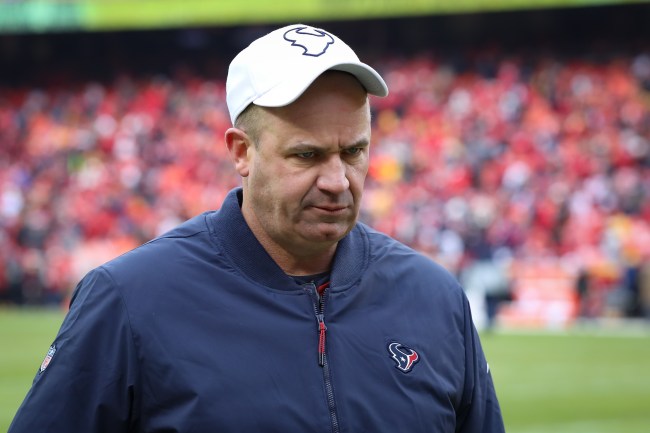 The Bill O’Brien era in Houston is over.

On Monday afternoon, the Houston Chronicle’s John McClain first reported that the Texans decided to let go of O’Brien after a disastrous start of the season.

Fans had been calling for O’Brien’s firing since the offseason when he traded away star WR DeAndre Hopkins and left the team without first or second draft picks next year after making an assortment of moves.

Don't have a first-round pick.

Don't have a second-round pick.

Watson is there but what a mess.

Texans have NFL’s highest payroll this year at $248 million.

Texans fans took to Twitter to rejoice after learning the news of O’Brien’s firing.

Hallelujah, my fellow Texans fans this is a W https://t.co/Nbb4Hgo97p

Bill O'Brien's legacy will forever be the GM that made trades that even @EAMaddenNFL would rejected. pic.twitter.com/gEeG2uGrUX

Bill O’Brien traded the best receiver in the NFL because of a personal feud and then started the season 0-4 and got fired. So Houston lost Deandre Hopkins for personal embarrassment and nothing else.

Being a Texans “fan” is an elite level of pain.