DeAndre Hopkins has been putting work this season, on and off the field. Yeah, I guess that’s what you can call it.

The Texans star wide receiver recently told ESPN that he expects big things next season between he and Deshaun Watson after the two worked out with each other during OTAs.

During the Texans’ organized team activities in April, Hopkins said he expects he and Watson to be the best quarterback-receiver pair this season.

“I expect us to be the best duo in the NFL, honestly,” Hopkins said. “That’s my goal. I’m pretty sure that’s his goal. If we have those goals for ourselves, that’s going to help the team get to where we want to get to. But expectations, the sky is limit what that kid can do.”

Off the field it seems like Hopkins is developing a different type of relationship with superstar rapper/ model Iggy Azalea.

Both Iggy and Hopkins have been openly flirting on Instagram leading many to believe that the two are an item. 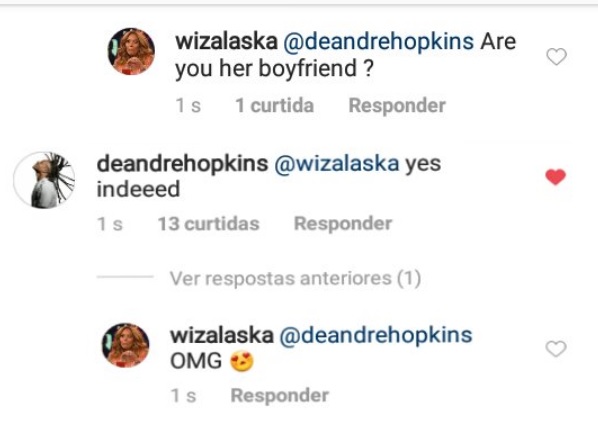 Not rostering him much in dfs this season

Could be an interesting year in Houston!

Sheesh so DeAndre Hopkins went from Amina Blue to Iggy. Man going for 30 TD’s and 3,000 yards this szn, confirmed.

This might be Hopkins best catch of his career.