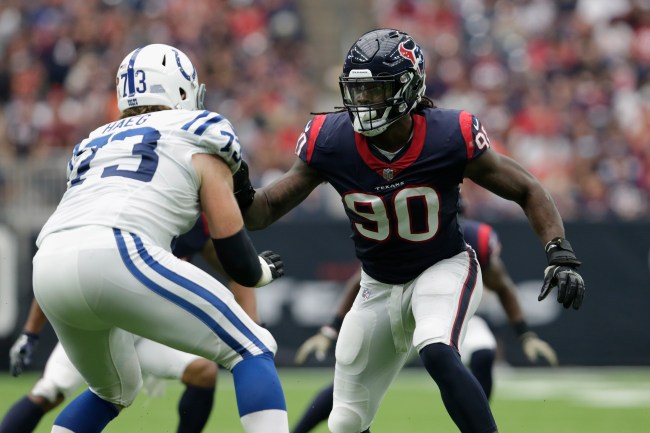 The Houston Texans decided this summer to not sign star Jadeveon Clowney. The three-time Pro Bowler was willing to hold out for most of the season until he got a deal done but instead the Texans traded him to the Seahawks.

Terms for the #Seahawks trade for Jadeveon Clowney: Seattle gets Clowney, the #Texans get a third-round pick, LB Jacob Martin, and pass-rusher Barkevious Mingo, source said.

Seahawks/Texans trade is being finalized.

Bill O’Brien’s first major act as all-powerful Texans czar is trading away the key player from his only playoff victory, for peanuts on the dollar, because he didn’t plan ahead.

If this ridiculously one sided trade happened in my fantasy league we would have had a 1000-email thread of finger pointing, protests and insults. https://t.co/xdZizu048f

Confused by #Clowney trade??
I was too, so let’s see what #Madden20 has to say.

The Texans have absolutely zero interest in making the Jadeveon Clowney trade with the Seahawks in Madden NFL 20 pic.twitter.com/lZd4nnr1gB

When @EAMaddenNFL is a better GM than you, it's time to find another job. #Texanspic.twitter.com/lSK1bQoLIn