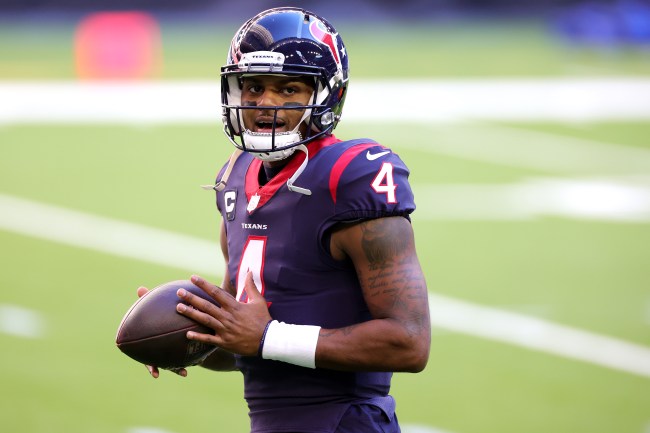 The situation in Houston between QB Deshaun Watson and the Texans is starting to get real awkward as the two sides refuse to budge from their current stances.

For the past few months, Watson has insisted that he wants to be traded by the team but on Thursday, ESPN’s Dianni Russini revealed that the Texans are refusing to trade him and are avoiding having conversations with teams that are interested in acquiring the disgruntled QB.

Houston continues to avoid conversations with teams in regards to trading Deshaun Watson per sources. They are refusing to trade their franchise QB.

Russini’s report comes just days after Watson met with the Texans’ new head coach David Culley for the first time and straight up told him he has no intention of playing another snap for the team.

Per sources, Texans QB Deshaun Watson met with new Texans head coach David Culley last Friday. In that meeting Watson reiterated that he wants to be traded and told Culley he has no intention of playing for the Texans again. No change from Watson's end. He remains dug in.

If Watson does indeed follow through on his promise to sit out the season he would end up sacrificing $620k per game in forfeited salary.