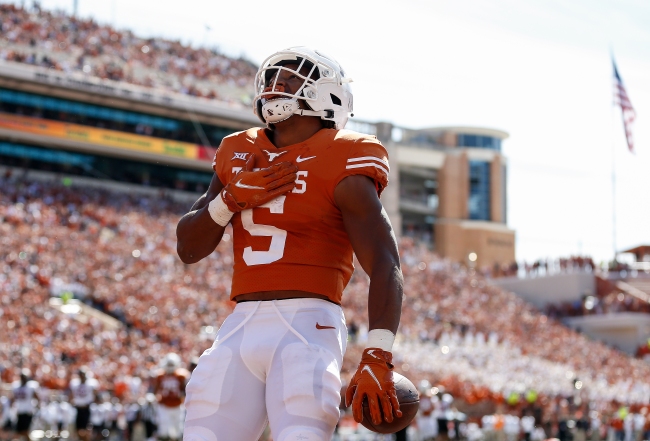 Texas running back Bijan Robinson enters the 2022 college season as a dark horse Heisman Trophy candidate. The Arizona-native will be a junior in the fall and is poised to become a household name if he is not already.

Robinson, a former five-star recruit, was the No. 1 player at his position in the Class of 2020. His ceiling is tremendous and he will likely be a first round draft pick in the spring if his production from his first two years in Austin continues.

A year prior, he burst onto the scene as a freshman. He averaged 8.2 yards per touch on limited touches and immediately became a name to watch on the national level.

Robinson has a stout, lean frame with well-proportioned weight, a great burst to hit the second level hard and is elusive when he breaks free in the open field. At 6-foot-0, 214 pounds, he is incredibly strong.

A picture from Texas’ offseason workout has recently gone viral. In the photo, Robinson’s legs look like tree trunks.

His quad muscles have muscles and his thighs are bigger than his own head. Literally.

Bijan Robinson's legs are literally bigger than his head and that's terrifying pic.twitter.com/WZjWBVgrxp