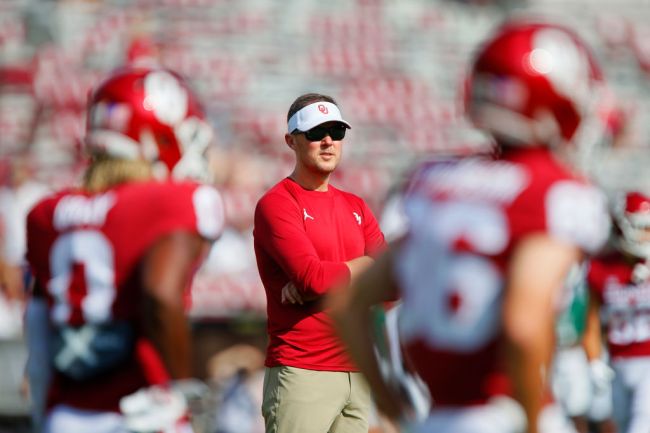 Texas hates Oklahoma, and Oklahoma hates Texas, which is exactly what makes their matchup in the Red River Showdown one of the best games in college football year after year.

This Saturday’s game between the Longhorns and Sooners is no different. Oklahoma still has College Football Playoff aspirations while the Longhorns are looking to spoil those dreams letting the college football world that they’re back.

Texas fans are salivating ahead of the matchup against an Oklahoma team that has looked extremely gettable so far this season, despite an unbeaten record. In fact, Longhorn fans are so fired up for the game that they got Oklahoma head coach Lincoln Riley’s name trending nationally on Twitter on Thursday.

Riley isn’t caught up in some scandal nor did he say something stupid, either, this is just pure hatred from Texas fans toward their rival’s head coach.

Lincoln Riley believes that chips & salsa SHOULD NOT be complementary at Mexican food restaurants.

Those are just some of the hilarious tweets that come up if you search Lincoln Riley on Twitter.

Oklahoma has beaten Texas three years in a row and owns the bragging rights from the matchup five of the last six times they’ve met. Longhorn fans don’t seem to care about that, however.

This Saturday’s game is more of a must-win for Oklahoma given their preseason hype and Heisman hopeful quarterback Spencer Rattler. For Texas, a win goes a very long way in bringing the program back to national relevancy, at least for a week.