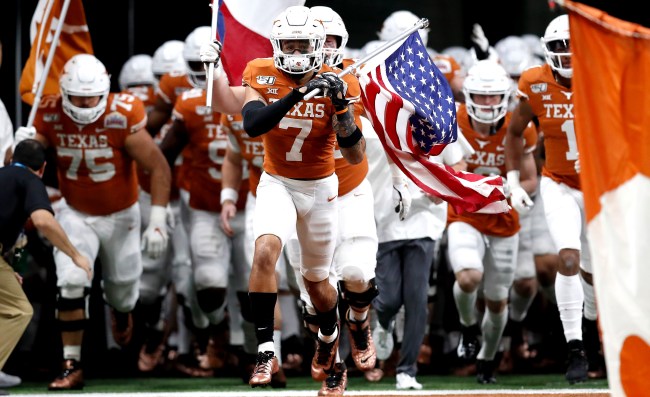 Texas defensive back BJ Foster, a former five-star recruit, has suffered an injury. No, it didn’t happen while training or anything, this one comes courtesy of his own car. Head coach Tom Herman confirmed with Anwar Richardson of Rivals that Foster fractured his hand after punching his car bumper.

Apparently, Foster noticed that his car bumper suffered some damage and the guilty party didn’t leave a note. He then decided to take out his frustrations by punching said bumper which resulted in a broken hand.

We’ve all been there, done that when it comes to overreacting and taking our anger out on something that is going to do more damage to us than we’re going to do to it. One of the top defensive backs in the country breaking his hand by punching his car, however, is extremely unfortunate.

Let’s all hope that this injury doesn’t have any long-term effects on Foster and his future both at Texas and at the next level as he is expected to be an eventual early-round draft pick.