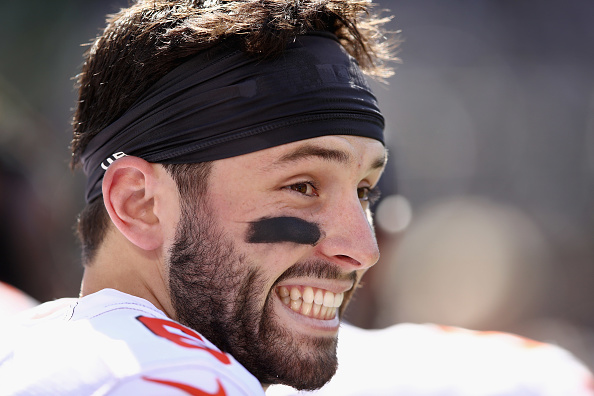 Back in February defensive tackle Keondre Coburn announced that he was going to Texas to play football and promised to beat the school’s longtime rival Oklahoma in this year’s Red River Showdown.

I’m so happy to finally be a longhorn baby this has been the hardest process ever but it’s over and my next journey is in Austin and with my boys in this Revolution Class AND I PROMISE WE WILL BEAT OU and the rest of them🤘🏾🐂 pic.twitter.com/5Il1vSAmpB

Baker Mayfield saw the tweet and proceeded to talk shit to Coburn. 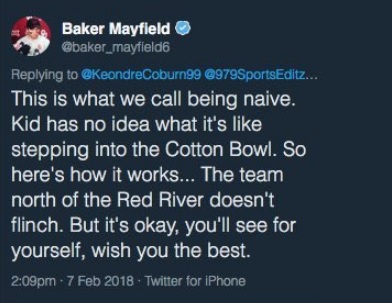 Mayfield eventually deleted the tweet but after Texas beat Oklahoma today Coburn made sure to remind the Cleveland Browns QB about it.