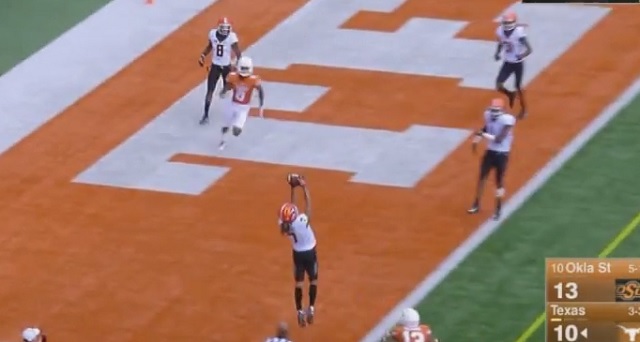 Texas was nearly able to pick up a huge win against Oklahoma State but thanks to a huge bonehead interception by freshman QB Sam Ehlinger the Longhorns are once up again the butt of everyone’s jokes.

On third down in the red zone and down three points in overtime, Ehlinger attempted to throw the ball out of bounds but instead ended up throwing it straight to a defender in the end zone which cost his team the game .

Being a Longhorns fan must be the worst.