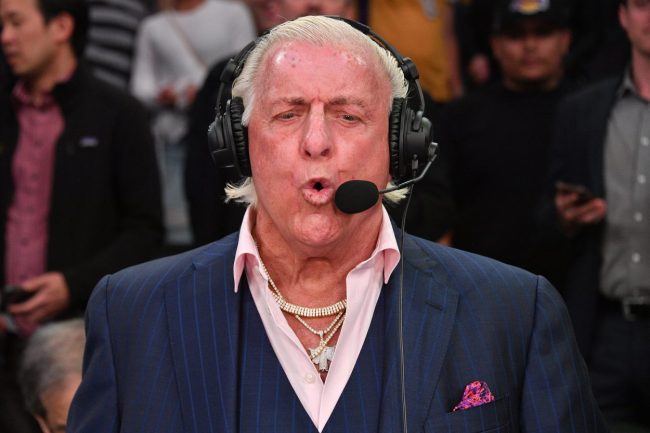 When Texas Tech men’s basketball hosts Texas on February 1st, it will mark the first time that Chris Beard has returned to Lubbock while wearing burnt orange. Upon his arrival, he will be met by the booming sounds of the Red Raiders’ special guest Ric Flair.

Beard, who took switched his head coaching allegiance in 2021, previously spent five years with Texas Tech and led the program to new heights. Before taking the Longhorns job, Beard took the Red Raiders to four-straight NCAA Tournament appearances (one of which was cancelled due to COVID-19) and finished as the runners-up in 2018-19 after reaching the Elite Eight the year prior.

However, when Shaka Smart left the Texas program after March Madness, Beard couldn’t turn down the bigger program and the bag in Austin. He took the Texas job in April.

Although both programs have huge matchups against three competitive programs, including a ranked SEC matchup for both teams, a lot of attention is being turned to February. Texas and Texas Tech play each other twice in a home-and-home.

When the Longhorns hosts the game on February 19th, the Red Raiders will be there in full force. They recently discovered a unique promo code that allows them to buy tickets through the Texas website and are planning to takeover the arena.

18 days prior, Beard returns to Lubbock.

The game will likely be a matchup of ranked opponents and will be extremely competitive. When you add in the Beard factor, with Texas Tech trying to get revenge on the coach that left them and Texas trying to establish its dominance, it’s going to be intense.

As a part of the budding Beard rivalry, the Red Raiders are pulling out all of the stops. The school, through a sponsor, announced that wrestling legend Ric Flair will be at the game.

And not only will he be in attendance, but he will be on the microphone. The Nature Boy will be the emcee for the game, getting students and fans fired up throughout the evening.

I’m Coming To Lubbock, Texas On February 1st For The @TexasTechMBB Versus @TexasMBB Men’s Basketball Game At 8pm! And Guess What? I’ll Be LIVE ON THE MIC! Don’t Miss It! WOOOOO! @GorillaLawFirm pic.twitter.com/OdjcbnGhOz

Ric Flair, for whatever reason, has ties to the Red Raiders. He has been open in his support of the school before and even stopped by the football program a few years back.

With Nature Boy on the mic, it’s hard to imagine that the already raucous environment isn’t going to blow the roof off United Supermarkets Arena. Even though the name is terrible, the atmosphere is going to be electric.