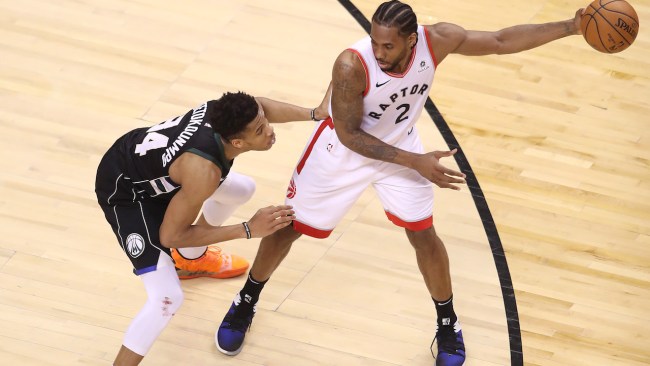 However, for the first time in a long time, it appears as though the powers that be in Las Vegas don’t have a remote clue has to who is going to win next season’s NBA title.

According to the FanDuel Sportsbook, Giannis Antetokounmpo and the Milwaukee Bucks are the current favorites to win the NBA Championship, as they currently sit at +480 — the best odds in the league. For reference, the Golden State Warriors went into this season as favorites at +120.

Following the Milwaukee Bucks are the Golden State Warriors (counting Klay Thompson’s injury) and the Toronto Raptors at +600.

Then come the Houston Rockets, and, surprisingly enough, the Los Angeles Lakers — who didn’t even make the playoffs this year — at +850.

For there, the rest of the teams are essentially being valued as long shots: the Philadelphia 76ers at +1100, the Denver Nuggets at +1400, and the Boston Celtics at +1600. 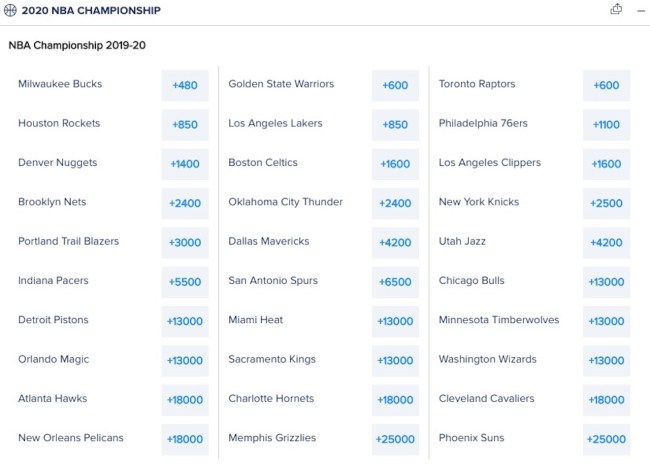 What makes these odds so fascinating is that for the first time since the Golden State Warriors dynasty kicked off in 2015, the playing field is essentially wide open when it comes to the betting odds, as the Warriors have gone into all over the previous four seasons as the clear cut favorites to hoist the Larry O’Brien trophy.

Now, these odds are definitely subject to change prior to the start of next season due to various free agency moves.

For example, should NBA Finals MVP Kawhi Leonard commit to a future north of the border, the Raptors would likely overtake the Bucks as the favorites. Similarly, should the Lakers ultimately secure the services of Anthony Davis, they’ll likely jump way up in the odds as well.