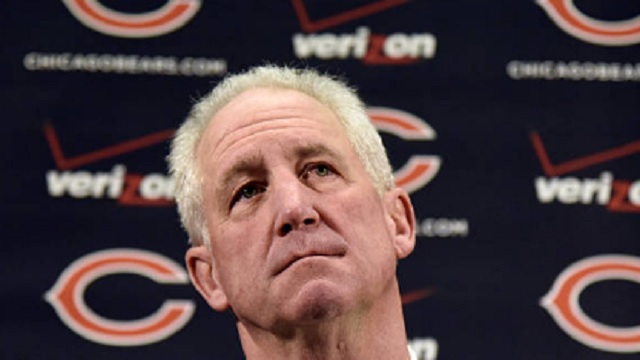 Last night, The Bears and the 49ers made a shocking trade early in the NFL draft when Chicago sent two third-round picks and a fourth-round pick to San Francisco to move up one spot to draft quarterback UNC standout QB Mitch Trubisky.

We’re now learning that not even head coach John Fox knew that the Bears were going to trade up for Trubisky until right before the draft.

Wow. Per @mortreport, even @ChicagoBears coach John Fox didn’t know about plan to draft QB Mitchell Trubisky until a couple hours before.

Mort said that Pace and George decided a month ago that they would draft Trubisky and didn't tell anyone until 1.5 hours before draft.

Leading up to the draft I talked about the pick at No. 3 showing you who's team it is. Said it last night, say it again, this is Pace's team

How is the head coach not consulted about who the team is going to pick early on in the draft? Such an LOLBears move.