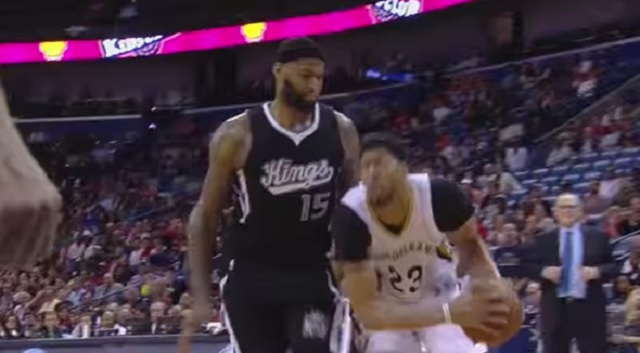 Last night, the Sacramento Kings traded away their franchise player DeMarcus Cousins for a bag of chips and a few draft picks.

Deal with the Pels includes guard Buddy Hield, and a 2017 first-round pick to the Kings for Cousins, league sources tell @TheVertical.

The 2017 first-rounder going from New Orleans to Sacramento in the DeMarcus Cousins trade is top-3 protected, according to league sources

The trade is so damn bad that you get instantly rejected from making it in NBA 2K17.

The Kings won't do this deal in NBA 2K17 pic.twitter.com/ERaK6TzVfq

What are you doing Vlade?