The Diesel Bros. Converted An Old 1971 El Camino Into A Monster Truck Called The ‘BroCamino’ And It’s Pretty Badass 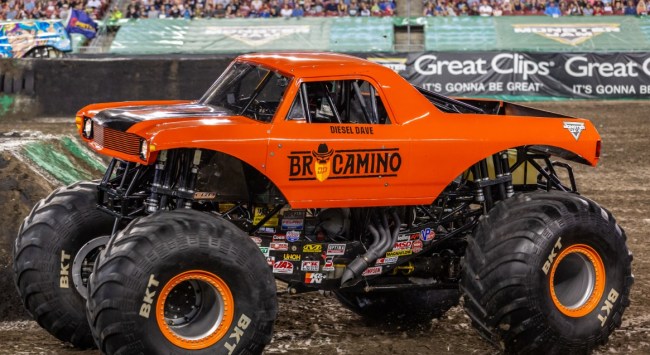 The Diesel Bros. already have one killer monster truck in the Monster Jam circuit called the ‘BroDozer’ but apparently they added a new truck to their roster when they debuted the ‘BroCamino’ in Tampa this weekend.

The BroCamino was converted from an old broken down 1971 El Camino and turned into a badass monster truck on an episode of the Discovery Channel’s ‘Diesel Brothers’ TV show a few years ago. The truck that will tour the country on the Monster Jam circuit this year with Diesel Dave at the helm.

The Monster Jam truck “BroCamino” now serves as a teammate to the popular BroDozer. The BroCamino will be powered by a methanol engine. Diesel Dave will be the primary driver with 2012 Freestyle World Champion Cam McQueen driving in select shows. The truck will compete on Stadium Tour Green. 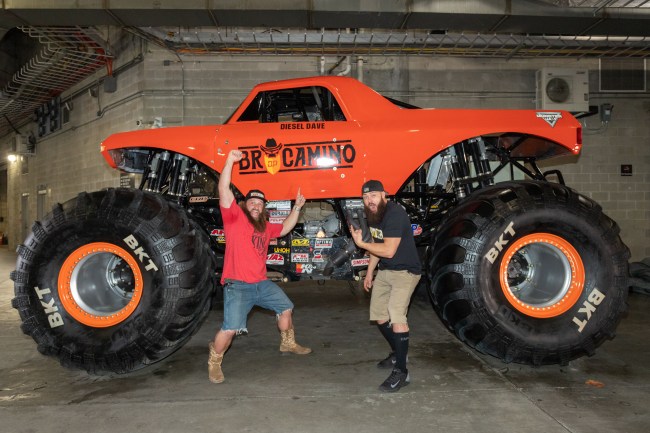 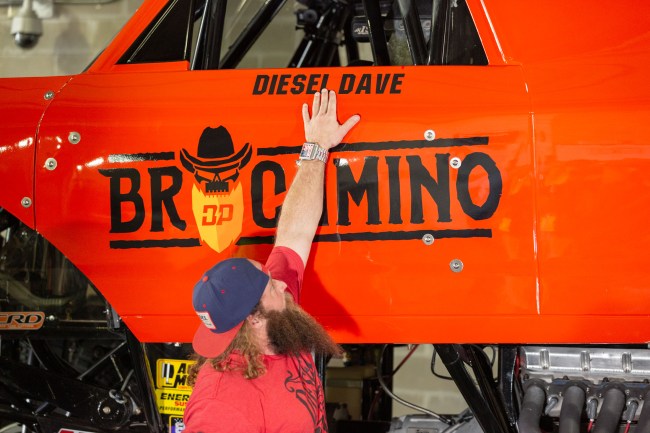 The ‘BroCamino’ gets the Brobible stamp of approval and you can check it out in person at a city near you (check dates below).