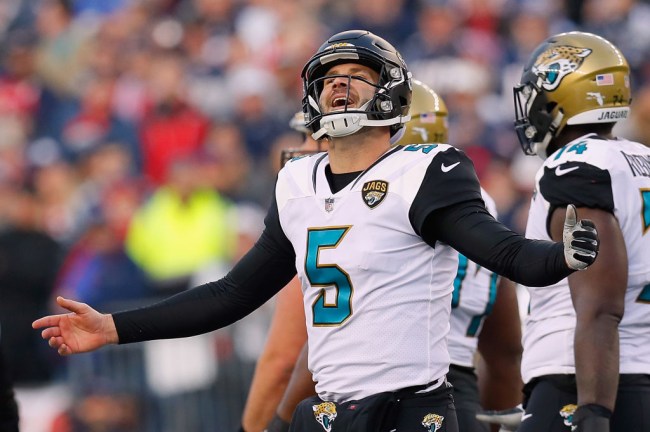 Blake Bortles got a massive payday today and is presumably the starting QB for the Jaguars for the next few years after the team signed him to an extension.

Here are the deals of Bortles’ monster extension which guarantees him at least $26 million and could be worth up to $66 million with incentives.

The Jacksonville Jaguars are giving quarterback Blake Bortles a new three-year, $54 million deal that is worth up to $66.5 million with incentives, a source told ESPN’s Adam Schefter.

The deal, which ties Bortles to Jacksonville through the 2020 season, includes $26.5 million in guaranteed money.

Bortles was due to make $19.053 million in 2018 after the team picked up his fifth-year option last May.

According to ESPN’s Adam Schefter the Jaguars are hedging their bets with Bortles and would bail on him if he has a bad year next season.

Jacksonville’s three-year, $54 million deal with Blake Bortles essentially serves as a bridge for both:

It allows Bortles time to shine and try to earn another lucrative extension – or for the team to have added time to find another QB.

Of course the Internet had some thoughts about Bortles getting paid.

Blake Bortles reportedly signed a 3yr 54 mil ext that could be worth 66 mil. Matt Ryan, Drew Brees and Aaron Rodgers upon hearing this news pic.twitter.com/VNoPdMYPVn

The defense brought them to the AFC championship