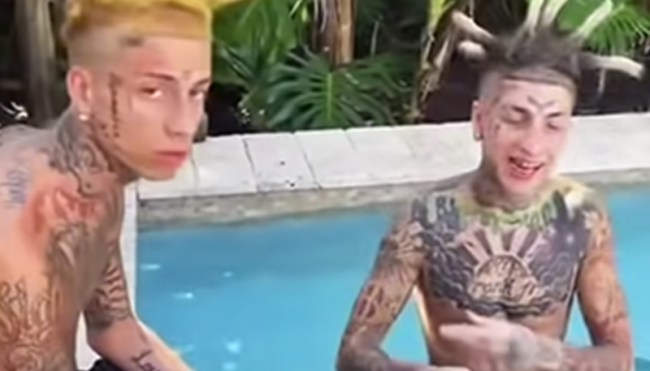 The Island Boys are apparently not very popular in their home state of Florida.

The twin brothers, who have garnered millions of views on TikTok with their song “Island Boy,” have joined forces with Jake Paul to provide the Youtube star-turned boxer with a song for his fight against Tyron Woodley.

The Island Boys showed up ringside on Saturday night to watch Paul fight, and the Tampa crowd inside the Amalie Arena booed the hell out of them.

Island Boys… not a lot of fans in Tampa. Getting booed out of the building. pic.twitter.com/c7vd3mW02v

The Island Boys just walked in and the crowd boos #PaulWoodley2 pic.twitter.com/N4NqLlX18F

Just last week the Island Boys got booed during their first live performance in Miami.