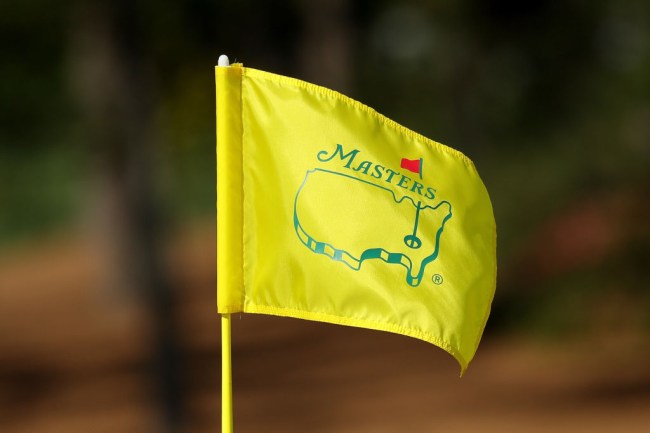 The Masters theme song may be the most well-known tune in all of sports. It’s a song that represents golf’s greatest event, spring and could very well be the greatest afternoon nap-inducing songs in the history of music.

It turns out that there are actual lyrics attached to the song, at least there is a lyrical version and not just an instrumental made up of that beautiful piano melody we all know and love.

Kenny Loggins is the man responsible for coming up with the Masters theme song you’ve heard hundreds of times, but it was his cousin Dave who actually wrote lyrics for the tune titled ‘Augusta.’ Let’s just say Dave should have sat this one out because the lyrics are not great.

Loggins got the inspiration for the lyrics when he got to play Augusta National back in 1981, according to The Loop. He even said that he had the first verse made up in his head before he walked off the 18th green. Personally, I’d want to soak up every shot I got to hit at Augusta, but Loggins is a songwriter so his mind wandered to writing a tune.

“I stopped for a minute, looked up at the pine trees and the wind down there was just different in some regards,” Loggins told the Associated Press in a 2019 interview. “Spiritually it was different. That course was just a piece of art. I looked over at some dogwoods and, man, I just started writing the song in my head which is what I do when I get inspired. I had the first verse before I even got off the course.”

When you read the lyrics there’s no denying that they embody Augusta National and the history of the Masters up to that point, but when you hear someone singing over that piano, or guitar as seen in the video, it just doesn’t feel right.