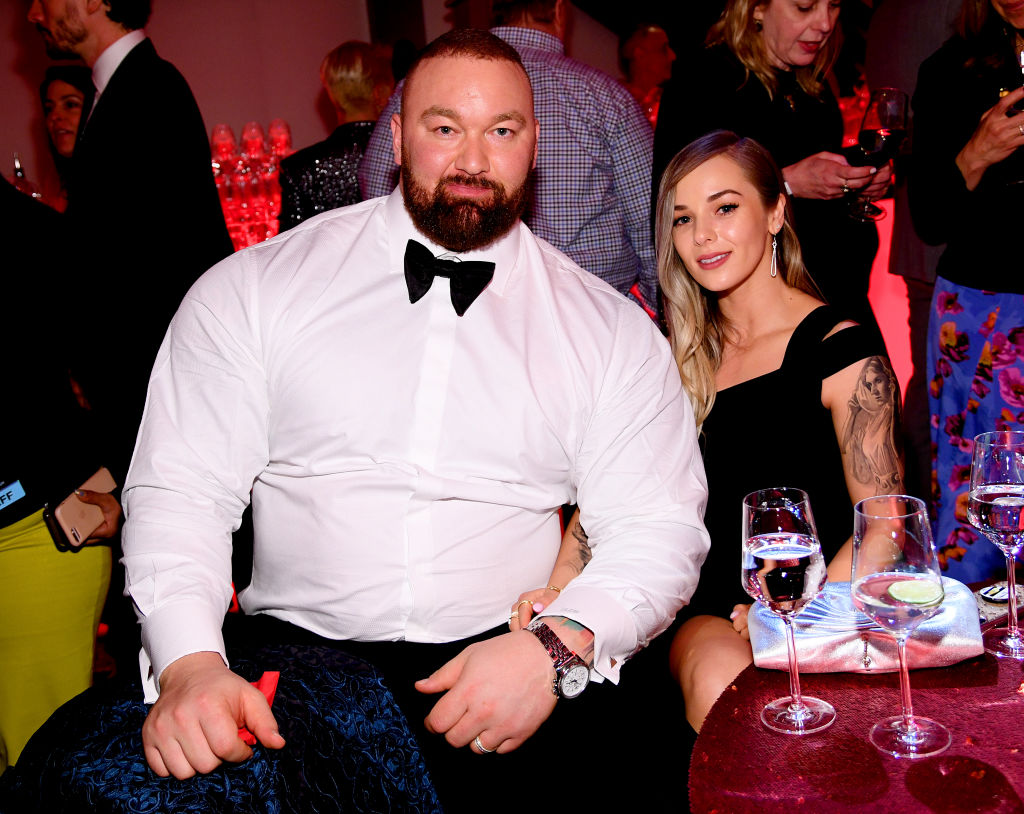 If I had to write up a list of five people on this planet I’d least like to get hit by, Iceland’s Hafthor Bjornsson aka ‘The Mountain’ from HBO’s Game of Thrones, is on that list. He’s a 6’9″ absolute unit who won the World’s Strongest Man competition in 2018 after finishing in 3rd place three times and 2nd place three times.

I’m sure there are thousands and thousands of other people on the planet who are trained to throw a harder punch than him but The Mountain still makes my list. Another contender to make the list of people I least want to get punched by is current Unified lightweight world champion boxer Teofimo Lopez who is currently the 5th ranked pound-for-pound boxer on the entire planet.

I wouldn’t even see his punch coming but I’d damn sure feel it when I woke up on the floor. Now, since today’s a special day, we get to see what it looks like when these two trade punches. I wouldn’t wish this pain on my worst enemy.

Why anyone would ever voluntarily subject themselves to this pain is beyond me but I’m glad we all get to witness this. Here’s The Mountain punching Teofimo Lopez first, and Teofimo punching The Mountain below that:

How is he standing straight up after that??? How?? And here’s the other punch:

There are rumors that The Mountain is going to fight Logan Paul at some point which is something I’d likely pay hard-earned money to watch as it will be a hilarious mismatch.

Thor hopped in Teofimo’s comments to say “I felt that one brother.” While others chimed in with comments like “The fact he’s still standing is impressive” and “Man hell no. Internal bleeding kicked in 2-3 hours later…” Over on Twitter, a lot of people were impressed by Teofimo’s ability to withstand that punch:

I felt that all the way from England….. ouchhhhh

that's not smart with a match coming up. Could have broke a rib

Not even a Teo fan but my god that was crazy. Kids legit pic.twitter.com/wXr690LvL2

That dude is made out of steel he ain't breaking shit

And Haney thinks he stands a chance lmao

Teofimo Lopez injured after taking a body shot, bout with Kambosas had been postponed once again

I’m confident that I’d suffer a life-threatening injury if I took either of those punches. My abs wouldn’t stop that force and they’d be slapping my internal organs like a bag of wine.