The New York Knicks Are Getting Roasted After Another Terrible Performance 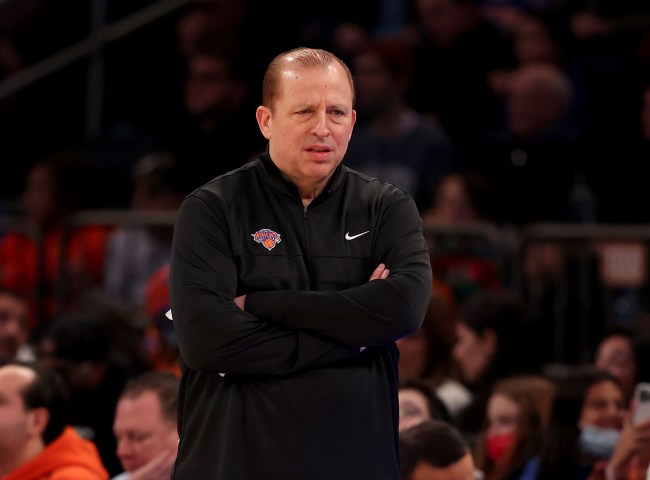 Regardless of what the people of New York tried to tell us earlier this year, the New York Knicks are absolutely not back. They dropped another game at Madison Square Garden and fans are absolutely roasting them in the aftermath.

Today was another brutal effort from the Bockers. They were dominated by the Denver Nuggets and allowed Nikola Jokic to drop 32 points on them in just 27 minutes en route to a 113-99 loss.

The loss dropped the Knicks below .500 for the season and dropped their record at the Garden to just 8-8. Needless to say, it’s already been a long year for the hometown fans and we’ve barely hit December.

They aren’t holding back on the Knicks.

jokic is roughly twice as good as all the knicks combined

the Knicks today, and also the entire fanbase pic.twitter.com/7D1gcptjuF

To make matters worse, coach Tom Thibodeau doesn’t seem to have answers to fix the Knicks multitude of issues. He has already benched his starting point guard, leading to trade rumors. He benched his entire starting lineup in the 4th quarter of a game earlier this year.

Neither of those actions has had much of an impact. Now he’s talking about changing the scheme or rotation based off of “intensity and execution”.

Tom Thibodeau says the Knicks could change scheme and/or rotation again, based on the team's intensity and execution: pic.twitter.com/VmfmlJScEf

This has been a miserable follow up to last season, which provided New York Knicks fans with so much hope. They’ll need to turn things around quickly or Thibodeau could end up on the hot seat before the season ends.