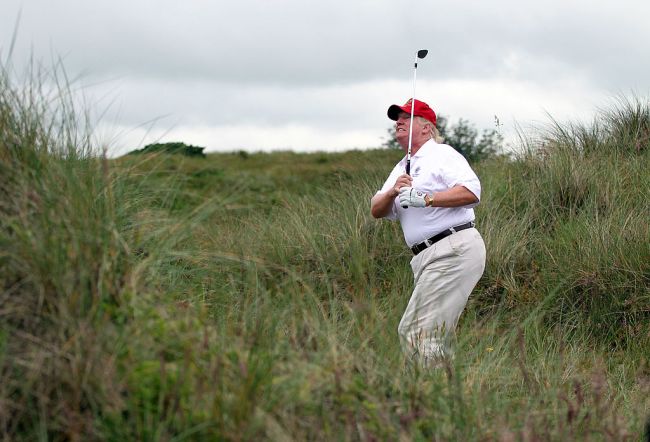 Two of golf’s four majors are distancing themselves from President Donald Trump. On Sunday, the PGA of America announced that the 2022 PGA Championship, scheduled to be played at Trump National Bedminster in New Jersey, will be moving to a not yet named new location.

The R&A followed suit on Monday morning making a similar announcement explaining that future Open championships won’t be held at Trump Turnberry “in the foreseeable future.” According to the statement, the R&A didn’t have plans to host any championships at Turnberry to begin with.

“We had no plans to stage any of our championships at Turnberry and will not do so in the foreseeable future. We will not return until we are convinced that the focus will be on the championship, the players and the course itself and we do not believe that is achievable in the current circumstances,” they announced.

Turnberry hasn’t hosted an Open since 2009, a memorable one when Stewart Cink defeated Tom Watson in a playoff. Trump purchased the property in 2014. The AIG Women’s Open was held at Turnberry in 2015.

As for which course will host the 2022 PGA Championship, GOLF magazine’s Alan Shipnuck reported that there won’t be a decision made until Joe Biden is inaugurated and that Southern Hills in Oklahoma, Liberty National in New Jersey, or Shoal Creek in Alabama are in the running to land the major.

Just spoke to a key source close to the '22 PGA. They say it's a done deal that it will be moved from Trump Bedminister but the PGA is waiting until post-inauguration to announce. Southern Hills/Liberty National are the top contenders as a landing spot. Shoal Creek making a push.