The Rock Shares ‘Black Adam’ Workouts, Might Be In Best Shape Ever 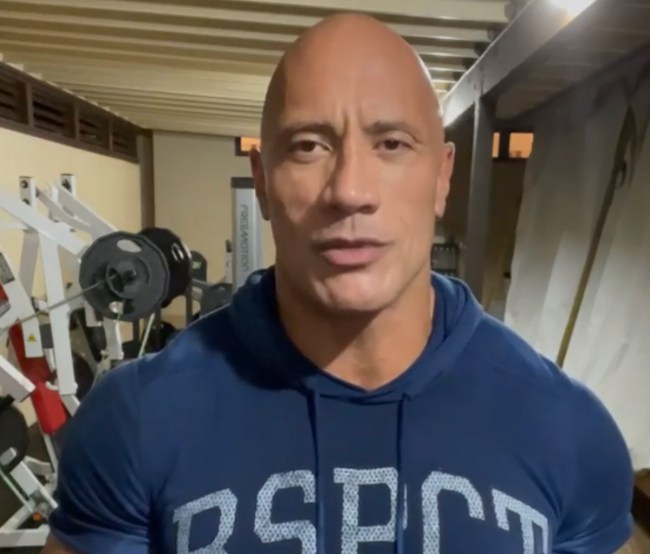 Dwayne Johnson is in phenomenal shape for 48 years old, but let’s be honest, it’s part of his job. He has to stay in top physical condition.

But what happens when, The Rock, one of the fittest men alive, decides to get into BETTER shape for a movie role?

The Rock has been preparing for his role in Black Adam for what feels like an eternity and the movie star and former WWE champion posted a series of Instagram posts about his training for the role.

The Rock explained that he originally began focused work on his super body last January but now is dialed in and ready to “raise the bar in terms of superhero movies.”

In order to get into superhero shape, The Rock splits his superhero workouts into two sessions – cardio in the morning on an empty stomach and weight training at night.

The actor said he often finds himself in his “Iron Paradise” gym training “around 10 at night or midnight, sometimes.”

Johnson gave the details of his Thursday weight room routine.

“Today’s split tonight was back and biceps, and a lot of implementation of supersets, tri-sets, and giant sets,” he said. “Four to five exercises per set, three sets of those. And it’s a son of a bitch.”

Johnson promised to share more “behind the scenes” looks at his lifestyle as he preps to play Black Adam.

“Training, strength, conditioning, my energy, balance, and my diet is everything as I prep for Black Adam,” he said. “But first, of course, I have to finish my workout.”