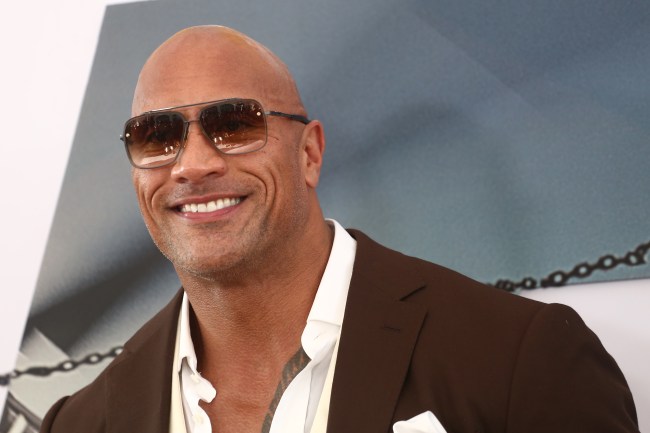 Last month Nate Diaz made his triumphant return to the UFC and put an impressive beat down on Anthony Pettis. After the fight, Diaz called out Jorge Masvidal and said that he wanted to defend his title of “Baddest Motherfucker” in the UFC.

Diaz: We’re fighting for the baddest motherfucker belt and that’s mine. I’d like to defend it against Jorge Masvidal. #UFC241

Raise your hand if you want Jorge Masvidal vs. Nate Diaz next. 🙋‍♂️ 🙋‍♀️

"We're fighting for the baddest motherf**ker in the game belt."

The UFC decided they liked the idea of introducing a “BMF” belt and have Diaz and Masvidal fight for it at UFC 244.

Nate Diaz vs. Jorge Masvidal is a done deal for UFC 244 on Nov. 2 at MSG, per multiple sources.

So everyone knows, they are fighting for a belt… the baddest mother fucker belt. A real belt that the @ufc is making. The most #supernecessary belt in all of combat sports. #yourewelcome

All-around badass The Rock was hyped for the fight and promised Masvidal that he would be in attendance at UFC 244 to hand out the “Baddest Motherfucker” belt to the winner personally.

Doing all I can to make this fight. If I can and you win, I’ll put the belt around your waist at MSG – consider it done. Already shaping up to be one of the biggest and most electrifying fights in @ufc history. Can’t wait. @GamebredFighter @NateDiaz209 #respect #BMF #UFC244 ⚡️ https://t.co/nVTIeBtkgv

Dana White would later confirm to TMZ that the belt would cost $50k to make and that “The Rock’ was indeed going to be at UFC 244 to give it out to the winner.