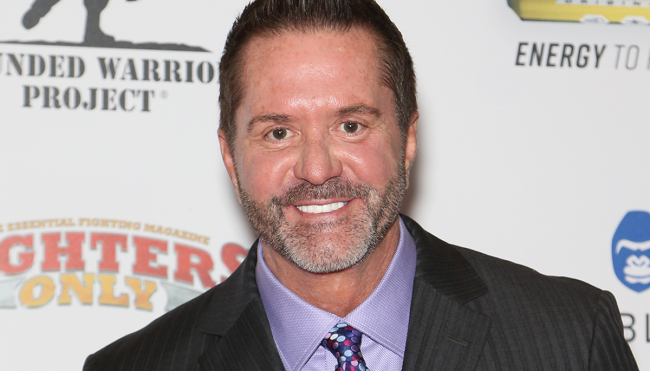 Former UFC broadcaster Mike Goldberg left the promotion back in 2016 after the WME sale but the “Voice of MMA” is still very active in combat sports. After a stint at Bellator, Goldberg is now working with BYB Extreme Bare-Knuckle Fighting for their upcoming show at the Hard Rock Casino Hollywood in South Florida on Friday, July 16th .

We sat down with Goldie to get his thoughts on UFC 264, on if he still watches UFC broadcasts and why he thinks bare-knuckle boxing could be the next big thing in combat sports.

This past weekend Conor McGregor broke his leg and suffered a humbling loss against Dustin Poirier at UFC 264. In the lead up to the fight McGregor was criticized for going too far with his trash talk which Goldberg thinks was really just Conor trying to hype himself up for the fight instead of trying to get into Poirier’s head.

“My take is that Conor ramped it up with the trash talk everything outside the Octagon in that final week, he did it for himself. He didn’t do it to get into Dustin’s head, he knew he wasn’t going to get into Dustin Poirier’s head that’s a given, Conor did it for his inner soul if you will, that’s how he prepares for himself mentally for a fight, it’s really pushing that envelope and he said some stuff that caught up with him…I mean karma’s not a bitch, it’s a mirror that to me is the quote of the year so far, that was awesome that Dustin said that”

The former UFC broadcaster also believes McGregor was losing the fight but looked a lot better this time around than in the second fight against Poirier.

“I tend to say and believe that Conor looked better early on, I liked his diversity in his attack…I was dissapointed that it finished that way, I thought Conor looked better than he did in fight #2, if he continued would he have been able to have overcome the strength and power of Dustin Poirier, atleast in the first round it didn’t look like he could, but I was really looking forward to the second round to see if Conor had some magic left.”

Despite the fact that he was abruptly let go by the promotion back in 2016 after the sale to WME, Goldberg can still watch UFC broadcasts these days because they still feature a lot of his old soundbites and because he’s still a true fan of MMA at heart.

“My last show was UFC 207 back in December of 2016, yeah I can still watch because half the features have “Here we go” “It is all over”. I’m on ESPN more now than when I actually worked for ESPN because of all the replays and the old fights. I’m a fan of mixed martial art, I’m also going to be a fan of this sport. I’m always going to listen to my buddy Joe, I have no ill will towards J.A. i love D.C., so yeah I can watch it and enjoy it but I always smile whenever hear one of the features or one of the transitions to commercials, they can’t get rid of me, I’m embedded literally in the soundtrack in the history of the Ultimate Fighting Championship but yeah it’s different being a fan”

Golderg is working this weekend at BYB Extreme, the bare-knuckle boxing promotion that features a triangle-shaped ring called the Trigon that guarantees action. Goldie says that he agrees with a lot of the comparisons between early UFC and bare-knuckle boxing but makes sure to highlight the differences between the two. The veteran voice of MMA broadcasts is eager to help grow the sport to mainstream levels the same way he saw the UFC grow into an international organization that routinely sells out arenas around the world.

“It’s like back in the day “Two men will leave in the Octagon”…and that’s what it’s kind of like in Trigon, only two men will enter and one will leave..

“I definitely see the comparison (with early UFC) but here’s the difference but I think people are willing to accept the high level of confrontation, the blood and the gore…the resolve of combat with small gloves or no gloves, than they were 20 years ago because way back when MMA came out they didn’t know what’s up that it could just be a little cut and it was just that heart was pounding, here there is a little more lattitude, there’s always going to be that hunger for that highlight reel knockout and when you get into the smallest area in combat sports, that might Trigon people are not going to have the opportunity to say “get off the ground”….We’re going to see confrontation every single time… It would be very satisfying to me be part of a team that’s able to replicate what we were able to do on that run during those many years of going from the Bay St Louis, Mississippis to the Abu Dhabis and the 80,000 in the Skydome in Toronto for the UFC”

Stay tuned this weekend for BYB Extreme 6 which will feature Mike Goldberg on the broadcast.

Here we go! Are you ready for some Trigon Action?? Friday, July 16@HardRockHolly @bybextreme #herewego pic.twitter.com/4jhMjDLXmb