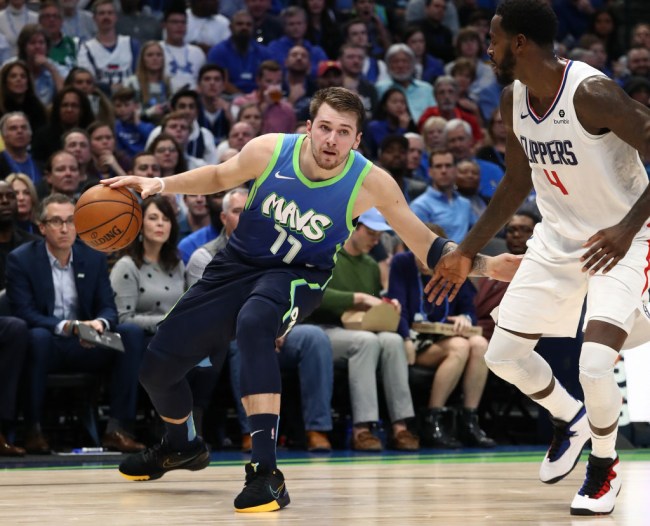 We only have one NBA matchup this Tuesday, but it’s a good one.

These two teams are in the midst of the playoff hunt, in fact, if the playoffs started today, the Clippers at the number four seed would host the number five Mavericks in the opening round.

These two teams previously faced off this season with the Clippers earning a 114-99 win in Dallas on November 26. Both clubs head into this game looking to extend winning streaks; the Clippers are trying for their fourth straight win, while the Mavericks are going for their fifth.

Los Angeles will be at a slight disadvantage as Paul George will miss the game due to a hamstring issue, and Dallas will likely see the return of Kristaps Porzingis.

One thing is for certain, this is going to be a high scoring affair; these teams are in the top four in terms of scoring offenses, both averaging 116 points-per-game.

Both these teams are coming off high scoring matchups; Los Angeles gave up 80 points in the first half in their 133-130 win against New Orleans, while Dallas scored 120 in their win against Portland. If you’re looking for the total to bet on, the over is a great option.

These two are evenly matched and this will be a close game. I’m giving the edge to the Mavericks, who have the ninth-best record against the spread at home this year.

KSU gets the tough task of traveling to Allen Fieldhouse to take on their in-state rivals.

The Jayhawks are on an impressive start to their conference play by winning four of the first five games led by Devin Dotson, who is the team’s leading scorer with 18.2 points-per-game. The Wildcats are, unfortunately, on the reverse; they have lost four of their first five in the Big 12.

Kansas has absolutely dominated Kansas State by winning nine of their ten last matchups. In those games, the Jayhawks are 6-3-1 against the spread and are 9-3 overall in their last 14. It’s tough for anyone to beat Kansas, especially at home, should be an easy double-digit win.

The premiere Tuesday night matchup will be in the Big East as the number four team in the conference, Butler, travels to second-place Villanova.

Butler is trending down significantly as it lost to first to place Seton Hall and to DePaul as the road favorites last week. Villanova has fared much better as they are going into this game with a four-game winning streak and sit a half-game behind Seton Hall for first place.

The Wildcats seem to enjoy being playing at Finneran Pavilion; they’re currently 9-0 this season at home and have a 20-game winning streak overall.

The betting trends seem to in favor of Villanova; they’re 7-3 in their last ten against the spread, while Butler is 3-7. Butler’s recent past at Villanova does play well either as they have lost five of the last six matchups.