Three Must-Have NFL Players To Draft In Your Daily Fantasy Lineup In Week 5, According To A DFS Expert 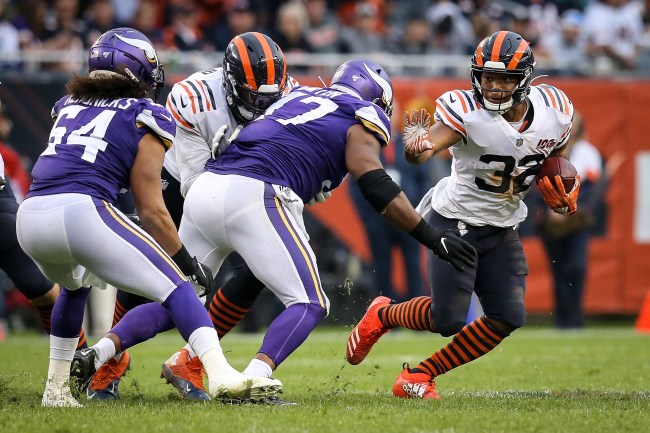 Hard to believe we are already a quarter of the way through your favorite teams season and entering week 5. Tough week last week, as our building blocks came through with mediocre at best performances. No matter, we are back and ready for a new week. Let’s see who I am building around this week.

Deshaun Watson QB Texans $6700
Watson’s been one of the most volatile QB’s in the league this year, with two games only scoring 12 points, but scoring 30 and 31 in the other two. This week he gets the opportunity to face the abomination that is the Falcons secondary at home. This is a get right spot for Watson and Co. and I expect them to score a healthy amount. Coupled with an ineffective run game this year, Watson should be able to smash this week, and is worth spending up at QB this week.

David Montgomery RB Bears $5200
Chicago heads to London this week to take on the Raiders. Likely playing without starting QB Mitchell Trubisky, I expect the Bears to lean heavily on their ground game. Montgomery has recently seized control of this backfield, grabbing 21 carries last week in the win over the Vikings. He’s also active in the passing game, gaining 5 targets on top of his heavy rushing workload. Facing a worse Oakland defense, I expect Montgomery to see a heavy workload, and improve upon his stats from last week. He’s significantly underpriced.

Michael Thomas WR Saints $6600
Easily the most under-priced player on the slate, Thomas, for some reason beyond my comprehension, is only $6600 this week. He’s averaged 17 DK points in Teddy Bridgewater’s two starts, but has seen his price decrease by $800 over the last two weeks. He’s still seeing a healthy amount of targets, averaging 8 per contest. With this type of volume, against a Bucs pass defense that has just been diced up by the Rams and Giants, Thomas should give us a great floor with the potential for a blow up game. I’m building my lineups around him this week.

If you start off with these guys, you should have a solid base to build some lineups that have a chance to vault you to the top of the leaderboard!