Three Must-Have NFL Players To Draft In Your Daily Fantasy Lineup In Week 14, According To A DFS Expert 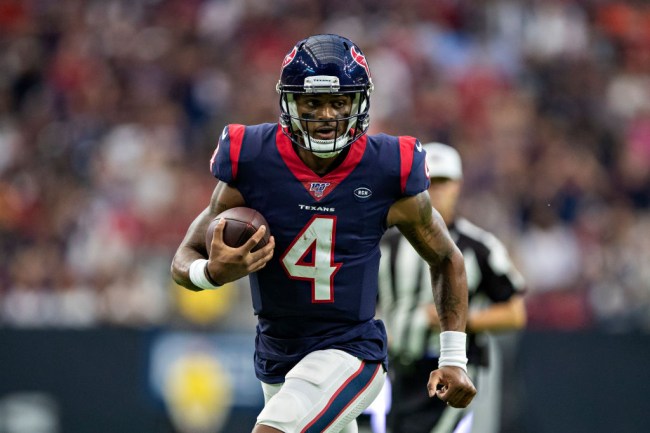 It’s week 14 already, unbelievably, and the fantasy football playoffs are beginning. Maybe you drafted Leveon Bell, or Odell Beckham, or Saquon Barkley, and your fantasy season is over. But that doesn’t mean you have to stop playing. As always, there are huge tournaments on Draft Kings where you can build a lineup and win some cold hard cash. Who should we be using this week?

Watson is priced down this week, he is only the 6th highest qb priced on the slate. Watson owns some of the highest upside in football due to his rushing prowess, and the Texans have the 4th highest implied team total on the slate. Facing a banged up Denver defense, who really have not much left to play for, I expect Watson to put the pedal to the medal and put together a big game.

I admit it, I can’t quit Aaron Jones. He’s put up two stinkers in a row, and it’s really hard to trust him. But he gets a pristine matchup vs the Redskins this week, and if you look at his season, Jones has literally as high upside for a monster game as Christian McCaffrey. He’s a true tournament play, as he can definitely sink your lineup, but he’s not that expensive, and has an amazing matchup. This could be the week that you can’t win any tournaments without Jones in your lineup.

Evans and teammate Chris Godwin have the two highest ceilings of all the wide receivers in the league. When one hits, the other usually doesn’t. Evans has 4 straight underwhelming games, which means an explosion is coming. Facing a Colts team headed in the wrong direction, this could be the week. With Evans having a few poor performances in a row, we can also expect him to be low owned in tournaments. Let’s roster Evans early, rather than miss his upcoming blow up spot.

See you all at the top of the leaderboard!