Phil Mickelson Is Not Playing In The 2022 Masters, Players List Hints Tiger Woods Could Still Be Considering Teeing It Up 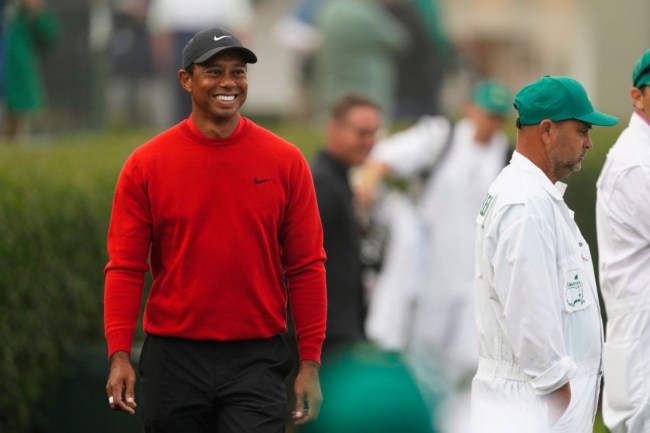 After a chaotic month and an announcement stating he is taking a break from the game, Phil Mickelson has officially decided not to play in the 2022 Masters.

The Masters’ official website has listed the field for this year’s tournament and Mickelson’s name is listed among the 15 other past champions not participating.

While Mickelson’s name stands out on the list of champions not playing, it’s the exclusion of one name that grabs the attention even more: Tiger Woods.

In fact, Woods is listed as a player in the field as of March 21. This could be due to the fact that he has not formally declined his invite this year, or there could be a slight chance he’s still thinking about teeing it up.

The Masters’ website lists Phil Mickelson as a past champion that won’t be playing in the 2022 Masters.

Woods still has plenty of time to officially decline Augusta National’s invite to play with the first round of the Masters still over two weeks away, but it’s interesting not to see his name already listed among those not playing.

The five-time Masters winner has not played an official event since his single-car crash in February of 2021. He did tee it up in the PNC Championship alongside his son Charlie in December of last year, but that’s the only time we’ve seen him play golf since the accident.

Woods has not officially said that he won’t play in this year’s Masters, but last month explained he still has “a long way to go” in his recovery process. He shared that he does plan on playing on the PGA Tour again someday, but all signs have pointed to him not being ready to give it a go at Augusta National in April.