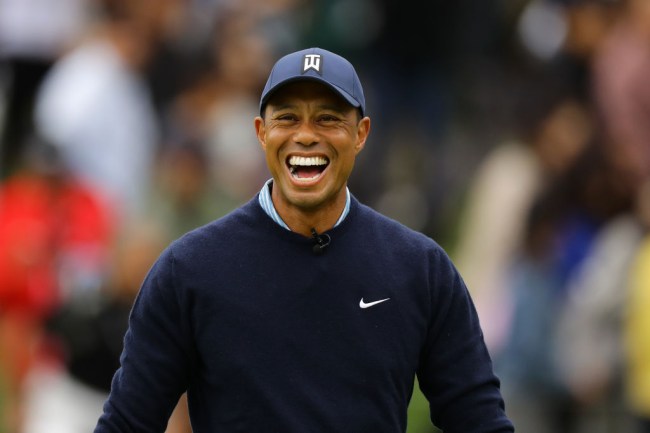 Tiger Woods has been in the spotlight for decades now and we’ve learned a lot when it comes to his personal life, his team, and his family but we’ve never heard too much about two of his friends named Bugs and Lola.

These two friends are border collies and just so happen to have four legs and now is their time to shine.

In the latest episode of ‘At Home With Tiger Woods,’ Henni Zuel pays a visit to Woods’ home, more specifically his immaculate putting green in his backyard, and is introduced to both Bugs and Lola. While Woods explains that the younger of the two, Lola, can get a bit carried away on the putting green and tear the surface up, Woods has them both trained to fetch his golf balls.

Yes, of course Woods’ two dogs are trained to fetch his golf balls. In all honesty, it’s a great way to keep the back in order, Woods doesn’t have to fetch his own golf balls nor bend over to get them, it’s a smart move for sure.

Woods says that Bugs has been a part of the Woods family for around four years while Lola arrived on the scene on Christmas Eve last year. Unfortunately, Tiger had to put down two dogs, Yogi and Taz in 2019.