Tiger Woods Thought He Might Lose His Leg After Car Accident, Expresses His Desire To Make A Comeback On The PGA Tour 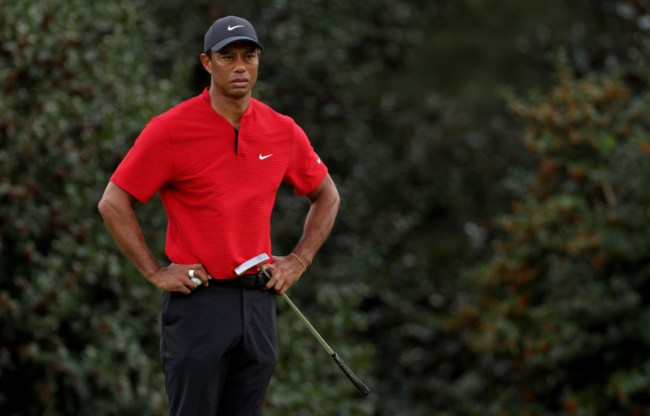 Outside of a few paparazzi-style photos and videos, we haven’t heard from or seen much at all of Tiger Woods since his single-car crash in February.

The future for Woods, both on and off the golf course, has been a mystery, and while it still remains that way, he’s decided now is the time to share a glimpse into what his life has been like over the last nine months.

Woods is set to host the Hero World Challenge at Albany, Bahamas this week and ahead of his scheduled media appearance, he spoke with Golf Digest’s Henni Koyack.

In what is his first interview since his crash, Woods shared that he does have his sights set on playing on Tour again one day, albeit never full time again.

“I think something that is realistic is playing the Tour one day—never full time, ever again—but pick and choose, just like Mr. (Ben) Hogan did. Pick and choose a few events a year and you play around that,” Woods explained. “You practice around that, and you gear yourself up for that. “I think that’s how I’m going to have to play it from now on. It’s an unfortunate reality, but it’s my reality. And I understand it, and I accept it.”

Woods Feared He May Lose His Leg

While Woods sharing an update about wanting to play again is a major takeaway, so too is what he had to say about the injuries he suffered in the crash. Woods shared that there was one point in time where there was a chance that he could lose his right leg.

“There was a point in time when, I wouldn’t say it was 50/50, but it was damn near there if I was going to walk out of that hospital with one leg. Once I (kept it), I wanted to test and see if I still had my hands. So even in the hospital, I would have (girlfriend) Erica (Herman) and (friend) Rob (McNamara) throw me something. Throw me anything.”

Woods suffered comminuted open fractures to both the tibia and fibula in his right leg after losing control of his car outside of Los Angeles on February 23.

While it sounds like Woods got his athletic juices flowing again by playing catch, he also explained that it wasn’t long until he requested a golf club be brought in that he could simply toy around with while lying in bed.

Woods also explained that he’s traveled to watch his son Charlie play in a few golf tournaments while teaching him how to handle frustrations on the course.

Timeline Of A Comeback Is Completely Unknown

On top of that, Woods made sure to note just how great and helpful Justin Thomas and his family have been to the Woods throughout the whole process.

“The Thomases and the Woodses are like family,” Woods said. “JT is like the brother I never had, and Charlie is like the little brother that JT never had.”

As for when we could see Woods back on a golf course competitively? He explained that he has so far to go and that he’s yet to reach the halfway point of this latest journey.

All in all, Woods was in fantastic spirits in the video portion of the interview, which was fantastic to see.