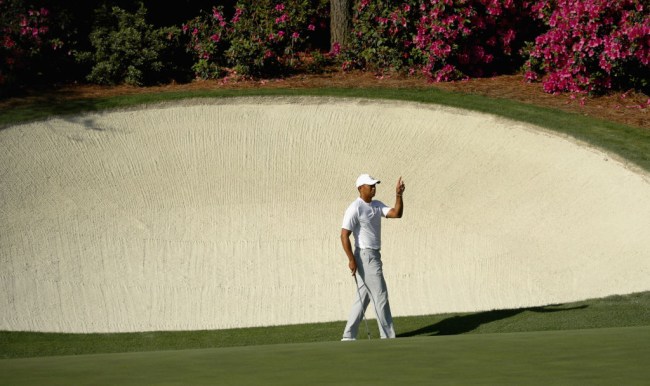 It’s Masters Week and all eyes are on Tiger Woods right now. Tiger hasn’t won on the PGA tour since 2013 but he’s one of the favorites to take home the Green Jacket at Augusta National and for good reason. In his last three starts, Tiger has finished T5, T2, and 12th. He’s on the cusp of breaking his dry spell and if Tiger Woods is able to win this weekend at Augusta it’s because he’s trained specifically for this tournament on the 4-hole mini-course in his backyard.

Florida’s Jupiter Island is home to some of the richest people in America. Residents who call Jupiter Island home include Celine Dion, Alan Jackson, Greg Norman, Michael Jordan, Rickie Fowler, and Tiger Woods. Tiger has a sprawling mansion in Jupiter Island that has a 4-hole mini-course designed to mimic every shot on the PGA Tour up to 150-yards.

Tiger’s mini-course was the subject of a recent Wall Street Journal article where they build the case that Tiger’s comeback would’ve never been possible without his course that mimics Augusta National’s tournament conditions. Here are a few excerpts:

In the weeks leading up to the Masters, Tiger Woods can often be found practicing his short game around an Augusta National hole. Its features are familiar to anyone who has watched the tournament: an elevated green, wavelike putting surface, deep bunkers and an apron cut so tight that it might as well be concrete.
Except this hole is more than 400 miles south of the storied club—right in Woods’s backyard. It is a generic replica of a typical Augusta green, part of a four-hole mini-course behind his Jupiter Island, Fla., mansion. (via) 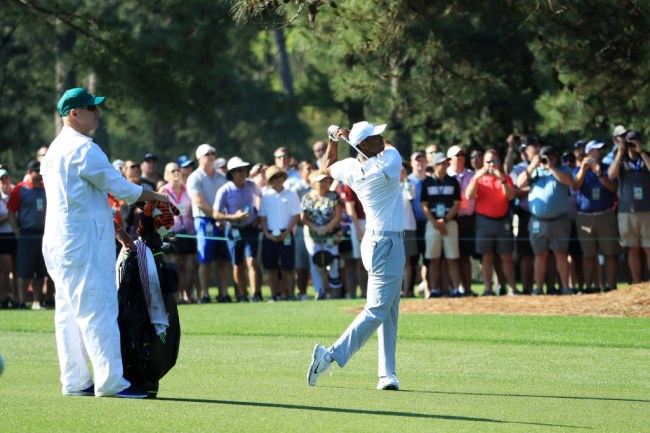 Tiger knew that replicating the grueling tournament conditions would be the biggest adjustment when hopping back on the PGA Tour so he took every measure to ensure that he’d be ready:

Some other golfers have home putting and chipping greens. Woods has 3.5 acres designed by his company and maintained by a full-time superintendent who was formerly on staff at Augusta National. Green speeds are set to mimic wherever Woods is playing next. Even the type of sand used in each bunker varies to match the types found at different tournament sites.
“The conditions are probably the most critical factor in him being able to come back as quickly as he did,” said Notah Begay III, the Golf Channel analyst and longtime friend of Woods. “They’re pristine. They’re firm. There’s different heights of grass. And the size—if you look at other players around the world who might have short-game facilities, they’re restricted by size.” (via)

This set of 4-holes is designed to mimic tournament conditions at Augusta National but it’s also built to mimic every shot on tour under 150-yards, and it’s been working. WSJ notes that if you include putting, shots around the green, and approach shots under 150 yards that Tiger Woods is ranked #1 on the PGA Tour in strokes gained.

This tournament-simulation style of practice has been working really, really well for Tiger Woods. So come Sunday, if it’s Tiger putting on the Green Jacket at Augusta National then don’t be shocked because he has his replica holes to thank for his comeback.

If you’re curious and want to see what the holes in Tiger Woods’s backyard look like you can click here to visit WSJ where they have photos and renderings of the holes. Unfortunately, it’s behind a paywall so you’ll need a WSJ subscription if you don’t have one already.