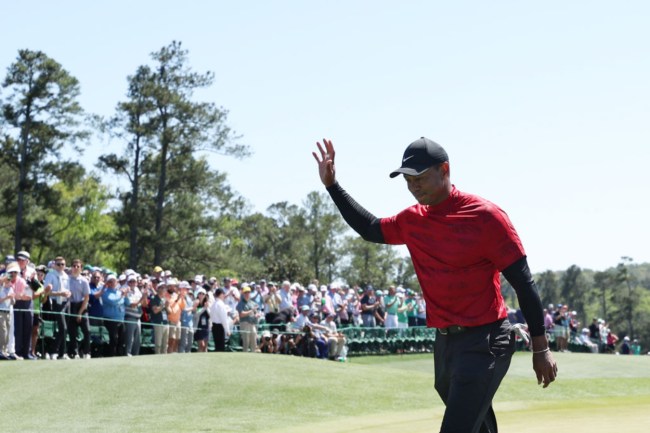 Tiger Woods did not win the 2022 Masters. In fact, he wasn’t in contention for the final 54 holes, but it was undoubtedly one of his most memorable 72-hole treks around Augusta National.

The standing ovation Woods received walking up the 18th hole, shortly after the final group on Sunday had just begun their round, capped off the week perfectly.

Woods didn’t have his best stuff over the weekend carding 78’s on both Saturday and Sunday, but this week wasn’t about winning for Tiger. Instead, it was about him being able to walk on his own two legs and compete against the best in the world.

The five-time Masters champ feared that he may lose his right leg as a result of his car crash a short 13 months ago. Just three weeks ago nobody, probably not even Woods himself, knew if he would have it in him to play in this year’s Masters. Not only did he play, but he made the cut in what was his first competitive start in 17 months.

Woods walked at a bit of a slower pace each day and had a noticeable limp following his final round on Sunday. Nevertheless, he grit his teeth, walked well over 72 holes throughout the whole week on one of the hardest walks in the sport.

He proved to himself, and everyone else, that he still has something left in the tank and that his hunger for competition is alive and well.