WATCH: Tiger Woods Receives A Standing Ovation As He Arrives To Amen Corner At The Masters 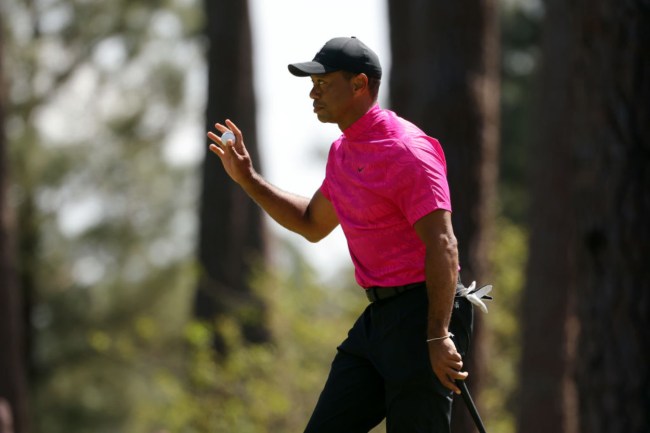 It was no secret that Tiger Woods was going to have historically large crowds following his every move at Augusta National on Thursday. That’s exactly what he got during his opening round, but the scene at the Par 3 12th was truly a sight to behold.

Woods, making his first competitive start in 17 months and first since the 2020 Masters, walked off the 10th green after saving par. As he made the iconic walk over to the Par 3 12th, every one of the thousands upon thousands of patrons stood to their feet to give him a standing ovation.

This wasn’t the first time Woods has been on the receiving end of a standing-o on the 12th tee, but this one certainly felt different.

Woods was able to walk off the 12th green with a par, a score every player in the field would take over all four days.

While Woods hasn’t been razor sharp so far in his opening round at Augusta National, he’s played extremely smart and sits at even par with six holes left to play.