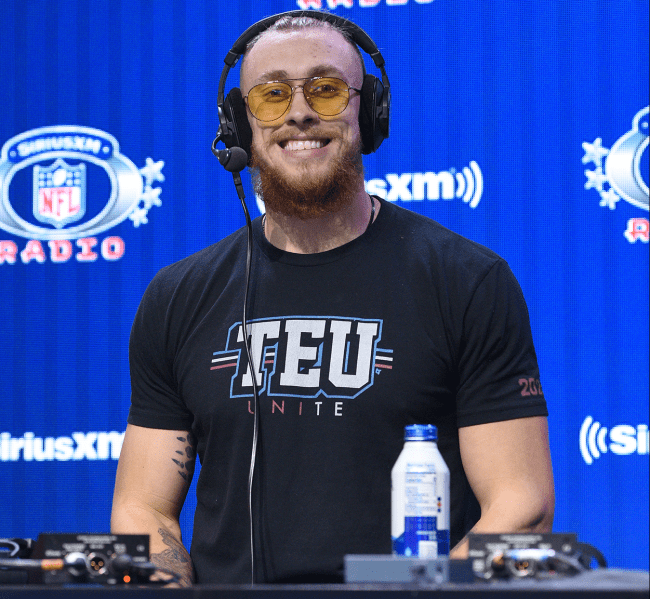 The second-annual ‘Tight End University’ is scheduled to take place at Vanderbilt University in Nashville from June 22-24. When it does, there will be some high-profile NFL quarterbacks in attendance and it will be put on by a hilarious sponsor.

On Tuesday morning, George Kittle, Travis Kelce and Greg Olsen gathered at Lipscomb Academy in Music City, where TEU was held last year. They joined together to announce that the camp has partnered with Charmin, the toilet paper manufacturer.

“We can’t have Tight End University without Charmin protecting our backside,” the group announced. (If you didn’t get the joke, there is humor in the tight ends being sponsored by toilet paper.)

Tight End University’s announcement comes just a few days after Kittle revealed the quarterbacks who will be in attendance. It’s hard to pull off a tight end camp without a quarterback to throw footballs, something that they likely learned last year.

But they have it covered this year.

Kittle told Mike Florio on #PFTPM on Friday that there will be a strong group of pass-throwers in attendance. Among them will be former 49ers quarterbacks (Kittle’s team) Nick Mullens and C.J. Beathard, as well as current 49ers quarterback Trey Lance.

In addition, Kittle said that Jets quarterback Zach Wilson was trying to decide if he wanted to return from a trip to Cabo to attend and said that he was working on Bills quarterback Josh Allen. Ultimately, after being peer-pressured into coming, Wilson said on Instagram that he will be there.