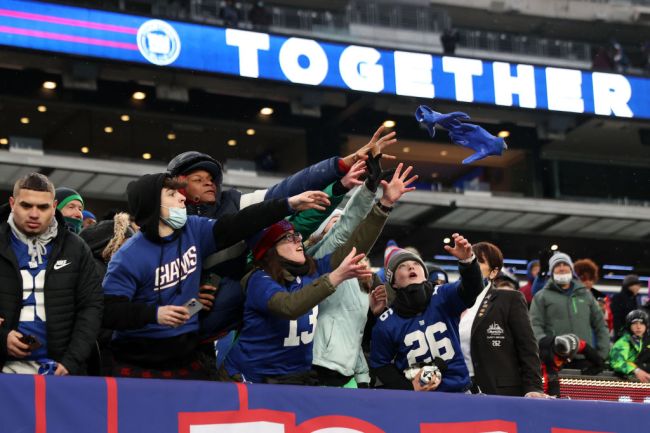 The New York Giants haven’t gotten much right in recent years. Their draft picks have disappointed. Their GM couldn’t put together a competitive roster. Their coaches were all disappointing.

Now, they have a chance to change all of that. They fired offensive coordinator Jason Garrett during the season. They just hired a new GM. They are on the verge of hiring a new head coach. Things may finally be turning around for the Giants. They just need to get the coaching hires right.

According to a report from Jordan Raanan, the Giants are getting close to making a decision on who their next head coach will be.

Brian Flores acquitted himself well in his interview on Thursday with the Giants. Sources believe it's a tight two-man race at the moment between him and Bills OC Brian Daboll.

Leslie Frazier the last of the finalists interviews Friday. A decision expected by the weekend. https://t.co/wkGffTUwZL

It seemed when the Giants brought in Joe Schoen as their GM that the hiring of Brian Daboll was a foregone conclusion. It made plenty of sense. They had worked together in Buffalo and Schoen had seen first hand what Daboll did with Josh Allen.

In Buffalo, Schoen took a questionable quarterback prospect and helped turn him into one of the league’s best QBs. Whoever takes over as head coach of the New York Giants will be asked to achieve something similar with Daniel Jones after his disappointing first few seasons.

The other candidate still in the race, Brian Flores, had somewhat of an opposite effect on Tua Tagovailoa. Tua has underwhelmed in his first two seasons and Flores was reportedly trying to swap out his starting quarterback for Deshaun Watson.

It seems like the choice should be pretty clear and Giants legend, Tiki Barber, has made his preference clear.

Barber didn’t elaborate on his reasoning for why he prefers Daboll, but the Giants might want to listen to their former running back on this one.

Whoever the Giants choose, they’d better hope they get this coaching hire right or they could be in for a few more long years.