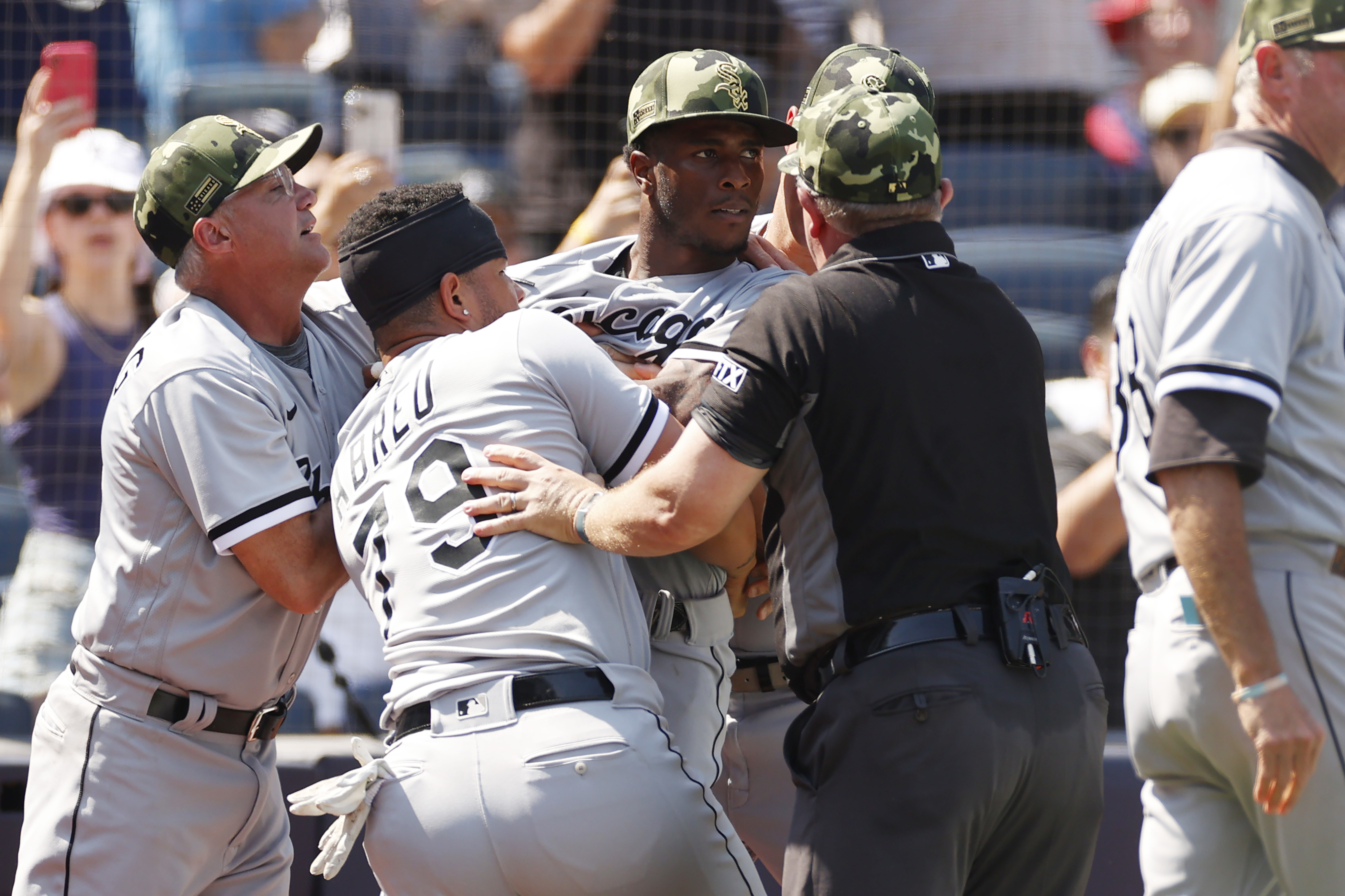 Things got heated between Tim Anderson and Josh Donaldson for the second time in about a week’s time.

During the White Sox-Yankees game on May 13th, Anderson and Donaldson got chippy after a play at third base.

Josh Donaldson and Tim Anderson exchange words after this play at third.

On Saturday, benches cleared after Donaldson apparently called Anderson “Jackie” during the game, which seemed to piss off White Sox players. An irate Anderson had to be held back by multiple players during the brief scuffle.

After the game, Anderson admitted that he had taken offense to being referred to as “Jackie” by Donaldson.

“He was basically trying to call me Jackie Robinson. Like ‘what’s up Jackie?’”, I don’t play like that…I wasn’t really into bothering anybody today but he made a comment that was disrespectful”

Donaldson admitted to calling Anderson “Jackie” because Anderson himself once referred to himself as “the new Jackie Robinson.”

Josh Donaldson says he called Tim Anderson “Jackie” during today’s game, referencing a quote from Anderson in a 2019 story. Donaldson said he felt the self-reference had been a joke between the two of them in the past.

“In the first inning, I called him Jackie, let me give you a little context on that. In 2019, he came out in an interview and said he was the new Jackie Robinson of baseball and that he was going to bring back fun to the game. In 2019 when I played in Atlanta we joked about that on the game, I don’t what’s changed from them”