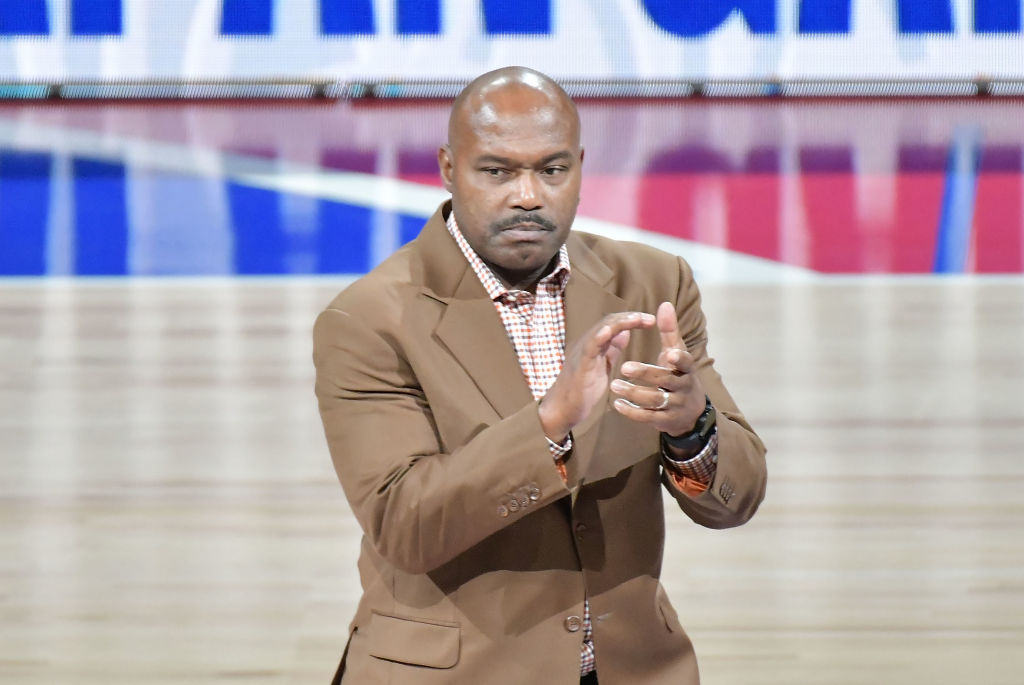 Tim Hardaway Sr. will probably not be invited back to call Warriors games.

On Monday, the Warriors brought back the legendary RUN TMC trio consisting of Mitch Richmond, Tim Hardaway, and Chris Mullin for an alternative Manningcast-like broadcast of the Warriors-Spurs game.

Run TMC
is taking over ‼️

They’re hoping to have that instant chemistry again Monday night, but this time in the studio rather than on the court.

Mullin, Hardaway, and Richmond served as the play-by-play announcers and analysts on the Golden State Warriors broadcast of their game against the San Antonio Spurs. Tom Tolbert will be the sideline reporter.

Unfortunately, Hardaway, who has gotten in trouble in the past for making controversial comments, made a rape joke in the middle of the broadcast.

“I thought that was just raping him, I think he should have called the police on that”

Update: Hardaway issued an apology later in the game.

“Hey everybody, I used a poor choice of words earlier in the broadcast, I want to apologize for that, let’s get back to the game and let’s finish this game off with a 30-point win and go home happy”

Tim Hardaway issues an apology on the air for using the word "rape" 🙏#DubNationpic.twitter.com/I6fkhMb4OY