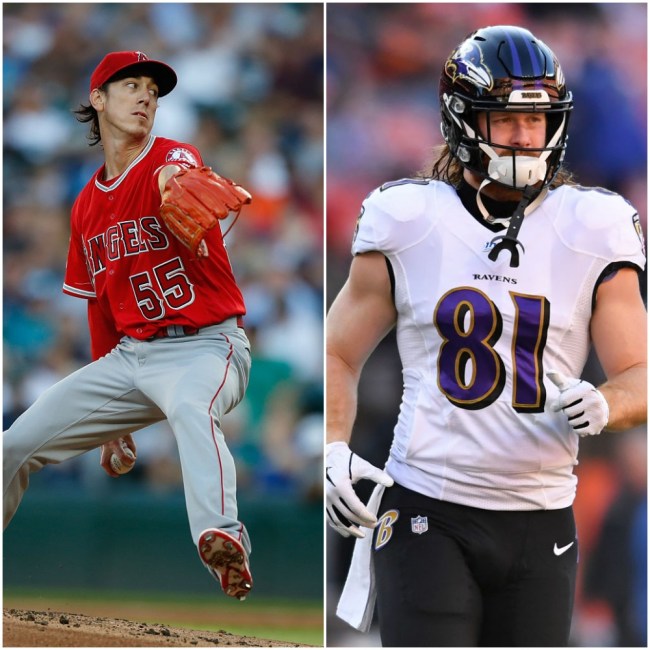 Hayden Hurst got got by a random 25-year-old Pennsylvania man posing to be Tim Lincecum on Twitter and the imposter would have gotten away with the scheme if Hurst’s agent wasn’t so good at his job.

According to TMZ, it all went down on Twitter when the Ravens tight end was contacted by a Lincecum account he claimed to have been verified with a blue checkmark. As everyone knows, a blue checkmark is a valuable currency and makes people officially official on Twitter, so Hurst was quick to say he’d send over some swag to the imposter.

Hurst thought nothing of it, but unlucky for the imposter, Hurst’s agent Phillip Walls later saw the jerseys up for sale online. Cops were able to track down the man, Michael Daily, who fessed up to the whole scam and explained he’s got quite the operation.

Officials claim Daily fessed up to the whole scam.

Daily was arrested and reportedly hit with multiple charges in the case … including identity theft, theft by deception and unlawful use of a computer.

So, it turns out that the sports memorabilia world is a wild one. Based on the report, it’s pretty clear that Daily has had some success in getting a lot of valuable memorabilia from athletes by simply posing as people on Twitter.