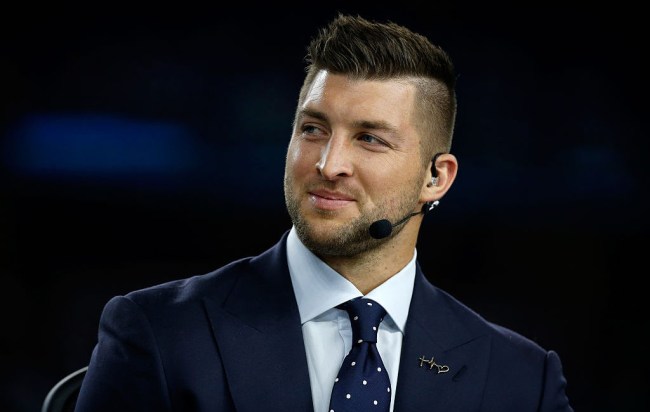 As we’re getting set for the College Football Playoff semifinal games between Oklahoma and LSU plus Clemson and Ohio State, the moment we’ve all been waiting for has arrived as Tim Tebow has offered up his predictions for each game.

No, but in all seriousness, Tebow knows what he’s talking about when it comes to these big-time games seeing as how he won a Heisman Trophy and two national titles in his college playing days.

Tebow joined ESPN’s First Take and predicted that LSU will win a close one against Oklahoma to punch its ticket while Clemson will beat Ohio State for a shot at a second straight national championship.

While you may not care about Tebow’s predictions and only care about my own predictions about these two games (wink, wink) the former Gator offered up some great insight about the coaching in the game. Particularly, Tebow believes that Clemson’s defensive coordinator Brent Venables will be a difference maker and cited just how effective his gameplan was a year ago that shut down Alabama’s offense in the national title game.

“I’m gonna go LSU here. I think they’ll be able to last a little bit longer. Joe Burrow and company with these receivers will be too much at the end.

Last year in the national championship he totally threw Tua for a loop. I think he’s going to bring a lot of pressure, I think they’re going to play a lot of zero, they’re gonna bring their safeties up, they’re going to do a lot of unique things against Justin Fields and Ohio State.”

It doesn’t take any sort of college football guru to look at the stats and see that Clemson is the best defense in the country from a points and yards allowed per game standpoint, but Tebow’s insight as a player that actually faced a Venables defense back in the day is a unique perspective.