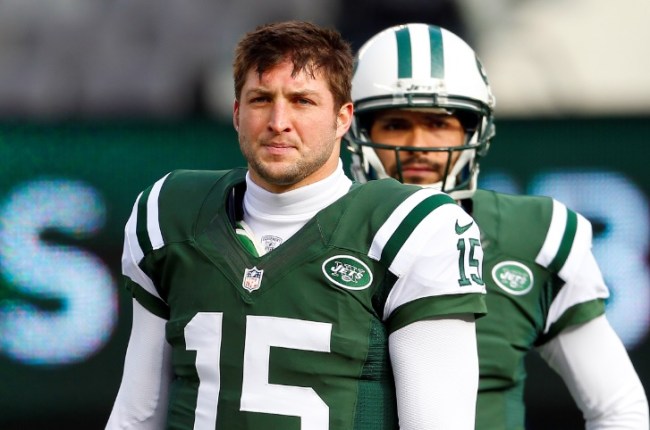 Tim Tebow’s signing has been controversial and has caused several current and former NFL players to speak out for and against it.

The latest former player to call out the Jags over the signing is ex-NY Jets QB Greg McElroy who played alongside Tebow in New York.

According to McElroy, signing Tebow is a sideshow that will affect the team’s chemistry the same way it did back when they were teammates in New York.

This isn’t the first time a team has tried to turn Tim Tebow into a tight end. @GregMcElroy witnessed it first hand as his teammate on the Jets and shared his thoughts on the latest attempt in Jacksonville. pic.twitter.com/idSHuvwBkV

Everyones saying ‘oh he’s finally doing what he should’ve done 10 years ago by switching to tight end,’”. “Y’all, we were with him on the Jets. They tried to switch him to tight end, he wasn’t good. That’s what you do in college. Oh they’ll just use him as a Taysom Hill player. Tim ran a 4.8, Taysom Hill runs a 4.4. They’re just two totally different players. Tim is a good dude and I hope the best for him but it’s a sideshow. That’s what it will be come training camp time. I think it kind of undercuts, undermines what Urban Meyer is trying to build. I’m not saying….maybe he makes the team, maybe he doesn’t but it’s going to take away from the task at hand which is trying to put together the most competitive roster in camp.

At the end of the day, we’re just going to have to wait and see how Tebow does in the preseason before making any final judgements on whether he can play or not.