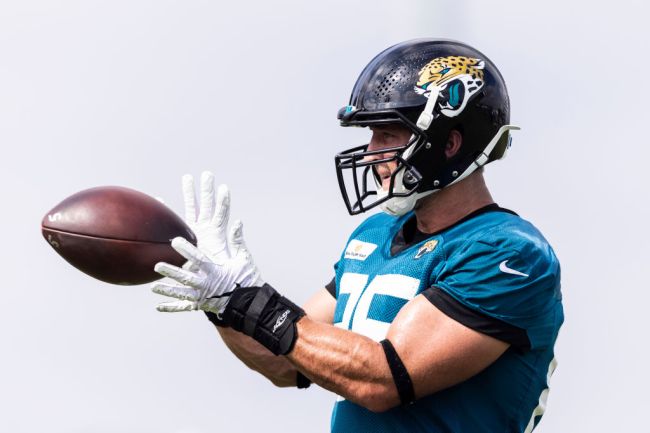 Tim Tebow hasn’t played a snap in the NFL since 2012 but he’s kept in pretty good shape while away from the game.

Earlier this year the Jaguars stunned the NFL world by signing Tebow and having him switch positions to play tight end for the team.

Before the start of training camp, Tebow spoke out about accepting the challenge of playing a position he has never played before.

“I know it will be a challenge, but it is a challenge I embrace,” “I am dedicated to taking the direction of our coaching staff and learning from my teammates. I appreciate everyone’s support as I embark on this new journey.”

Tebow bulked up for his new role with the Jaguars and looks absolutely jacked at practice while running routes.

Looks the guns on Tebow. He is Jacked! pic.twitter.com/NrPdv62qoS

So far Tebow has impressed in practice after catching a touchdown pass from Trevor Lawrence on Friday.

Tebow still has an uphill battle to make the team but he’s looked pretty damn good so far from clips that have surfaced on the Internet.