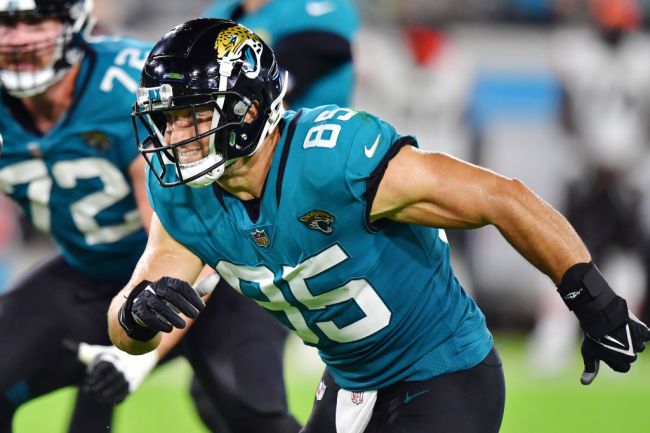 The Tim Tebow experiment in Jacksonville has come to a close.

Over the weekend, Tebow made his preseason debut for the team and went viral after getting mocked for his terrible block attempts while playing tight end.

Honestly, the Tebow block that went viral wasn't even his worst block of the night. This was *the very next play* pic.twitter.com/tINWyJpWSE

On Tuesday morning, ESPN’s Adam Schefter reported that the Jags decided to waive Tebow after his poor performance in the team’s first preseason game.

Tebow was immediately roasted by NFL fans who bashed the Jags’ decision to bring him in without having any experience at tight end.

Now we wait to see which new opportunity for which Tebow is totally unqualified but in which he will, inexplicably, be given multiple chances to fail emerges. https://t.co/39lEbzysTX

One set of footprints in the turf. https://t.co/cW6kv2fUSP