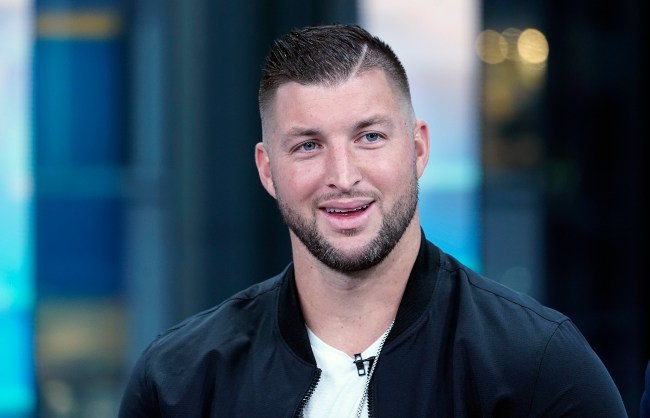 Tim Tebow wants another shot at the NFL.

According to various reports, the 33-year-old Tebow, who hasn’t played in the NFL since 2012, reached out to the Jacksonville Jaguars about a potential comeback at the tight end position instead of QB.

Update on a former first-round pick: Tim Tebow recently worked out for the #Jaguars, source said, and there has been at least some discussion of him signing. Oh, and he’s a tight end now.

Tim Tebow recently reached out to the Jaguars and requested a tryout at the tight end position, per sources, a move many believe would have extended his NFL career had he made the transition earlier. He recently worked out with the Jaguars’ TE coach. No decision has been made.

For years, Tim Tebow resisted a shift to tight end. Now at 33 years old, Tebow could return to his hometown team. https://t.co/LuZRijFJfN

If the Jaguars sign Tebow he would be reunited with his former college coach Urban Meyer, with who he won two national championships with in Florida.

The Internet immediately reacted to the bizarre Tebow news.

I can't wait until Trevor Lawrence throws a Week 1 game-winning TD to Tim Tebow to beat Zach Wilson and the Jets in New York.

Trevor Lawrence hasn’t been drafted and he already has to look over his shoulder https://t.co/Nx42q7nErv

Totally here for a Lawrence-to-Tebow for 1,100 yards in 2021 storyline because it feels like a mad lib. https://t.co/tMhVW5tJgM