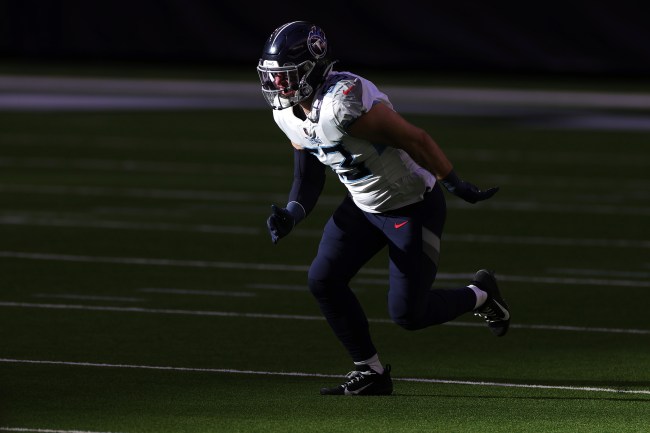 Titans LB Will Compton kept his promise and trolled the Baltimore Ravens on Saturday night.

Last week, several Ravens players disrespectfully jumped up and down on the Titans’ logo during their wildcard playoff win.

During this week’s episode of “Bussin with the boys” podcast, Compton predicted the Ravens were going to lose to the Bills and that he was going to put the Jordan crying faces on Ravens players to mock them.

“They had bulletin board material all week long, so when they made that play and he did that, tou-(expletive)-che, that’s a good chirp back for what you thought we were doing to you,” Compton said. “Cause then after the game was over, they were all sprinting to the locker room, trying to grab their teammates to not dap up or shake hands, or nothing…”

“Ya know what? Listen, the Ravens are not winning the Super Bowl,” Compton predicted. “So, I’ll get to put Jordan crying faces on them chirping us on the logo on all of the players that did that and drop it when they lose.””